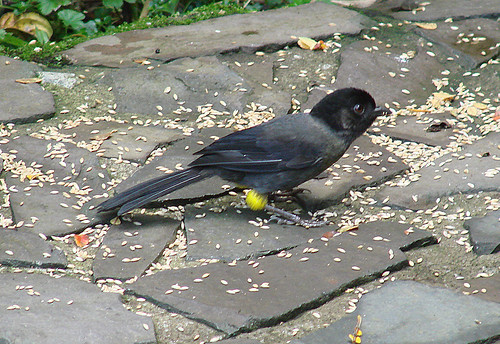 This is the first time in several years that I haven’t prepared a précis of the July Supplement to the Check-list — which doesn’t mean that I don’t have a few observations on some of the decisions reached there.

For whatever that’s worth.

It’s a big supplement this time, with lots of changes, and non-changes, to ponder. For listers — not that long ago a dying breed, but one revived by eBird — there is a handful of “splits” and, if a quick glance proves true, just a single “lump”; newly accepted records add five species to the United States list, a nice haul indeed.

The split most likely to draw the most attention is that of the old, polytypic white-winged scoter into three species, bringing the AOS list in line with most other taxonomic authorities. It’s a shame, though, that the English names weren’t rationalized, an easy enough task: instead of the velvet, Stejneger, and Degland Scoters, with “white-winged” remaining available for use as Sammelbegriff, we have the Velvet, the Stejneger, and the white-winged scoters, that last –long attached to Melanitta fusca — now the English name of M. deglandi. If the AOS Committee insists on dealing with English names at all, it really should start to abide by its own principle of avoiding the re-use of a broader name for a more narrowly defined taxon. 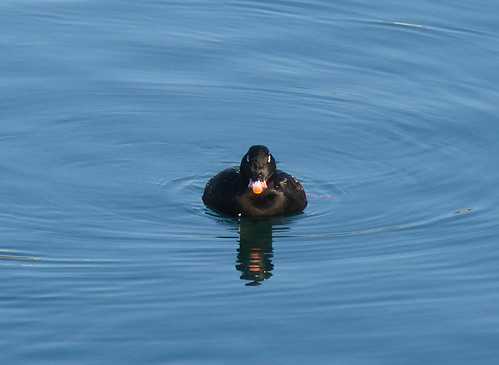 The other big waterfowl news is the admission, even longer overdue, of the pink-footed goose to the US list. Birds seen in New England and the mid-Atlantic states are deemed wild, while reports from Colorado, Washington, and British Columbia “may also pertain to wild birds.” There is no mention here, however, of the individual photographed in south-central Nebraska in 2006, a bird considered to be of wild origin.

Sparrow people (aren’t we all?) will be interested to learn that Pselliophorus is no more and that the old yellow-thighed and yellow-green finches are now placed in Atlapetes and their English names changed to “brush finch” (or, in the AOS’s teutonicizing orthography, “brushfinch”).

The passerellids are also the beneficiary of a new linear sequence, beginning with the chlorospinguses and ending with the Atlapetes brush finches. (Oddly, the new list reproduced in the Supplement omits the yellow-thighed and yellow-olive brush finches, but it’s easy enough for the reader to just drop them in at the end.) Translating phylogenetic trees into vertical lists is a tricky business indeed, and I abandoned the effort about ten minutes in, preferring to just run down the right-hand edge of the tree generated by Klicka and colleagues five years ago. We should all be grateful that somebody else took the trouble. 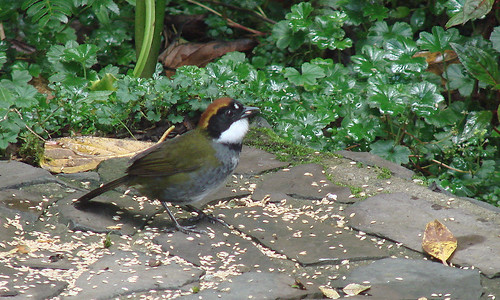 The change that pleases me most, I suppose, is the restoration of an English name for the Brewer duck. 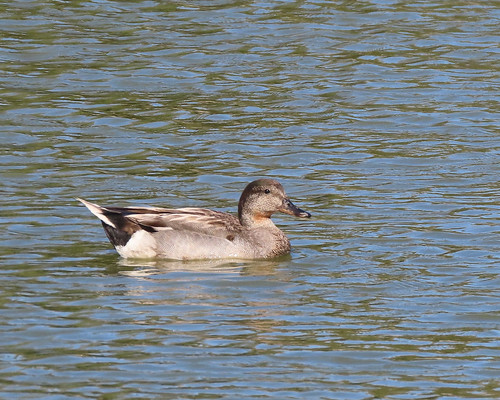 This relatively frequent hybrid combination was described more than 180 years ago, but has languished in an appendix of the Check-list simply as Anas breweri. Giving this bird its English name back contributes to the standardization of the appendix entries, but more than that, it will return this duck to more birders’ mental horizons. Mark my word, we are about to see an explosion of sightings and reports of Brewer ducks around the country.

Things don’t really exist until we have a name for them.

As always, the updates the Committee has declined to undertake are at least as interesting as those it has carried through. The Harlan hawk remains a red-tailed hawk. 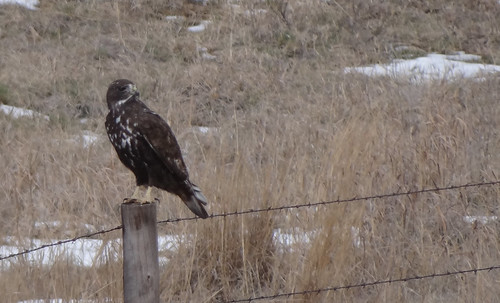 The Melozone towhees and the Aimophila sparrows (whatever those happen to comprise this week) remain segregated. 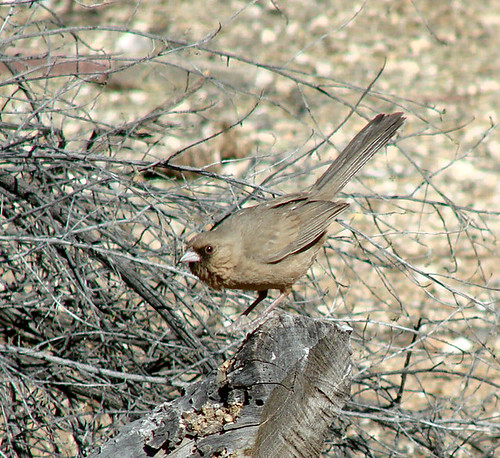 The vermiculated screech owl is still embedded within the Middle American screech owl (contra IOC), and the Cabanis violetear is still keeping company with the lesser violetear rather than the Mexican. 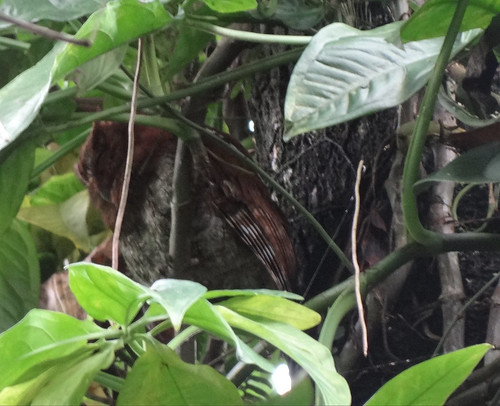 A large number of proposed changes to English names not based on taxonomic reassessment have also gone unadopted. The proposal to rename the saltmarsh sparrow was correctly found to be utterly unmotivated. 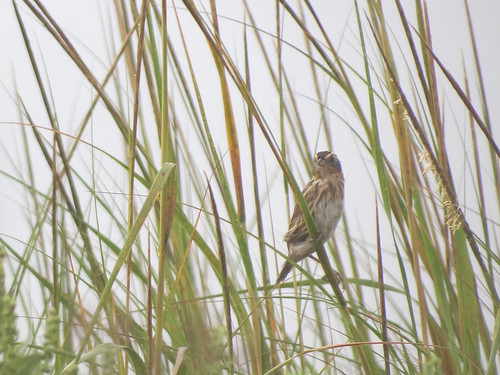 More surprisingly, and to my mind inappropriately, the proposal to change the English name of the McCown longspur to something less historically fraught also failed. 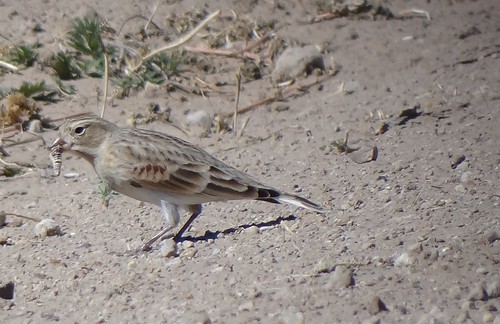 Several alternative names have been available for many decades, any one of which would have suited. This was a low-stakes matter for the committee–no code governs the assignment of English names–and the demurral disappoints, especially if, as I suspect, the rejection was grounded in some kind of slippery-slope fear. Others are likely to take this up now with greater vigor. 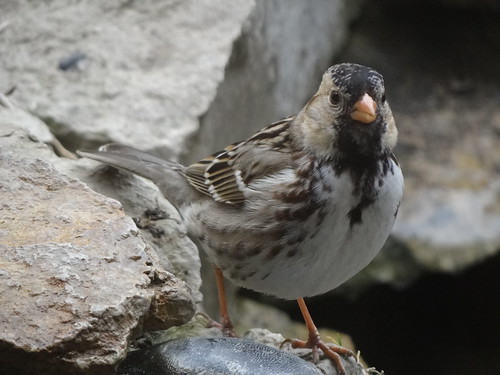 And now the one everyone was waiting for. I understand that the vote was decidedly split, which perhaps bodes well for the near future.

For now, though, the beauty in the photograph above is “a Harris’s sparrow,” however barbarous the construction. I’ll bet you a shiny new Lincoln’s penny, maybe even a Kennedy’s half dollar, that we will soon be looking back on this decision as the beginning of the AOS’s appropriate and understandable deferral in the matter of English names to the people who actually use them, leaving the committee members to focus on what is after all their expertise and their purpose, evaluating the relationships and evolutionary history of birds.