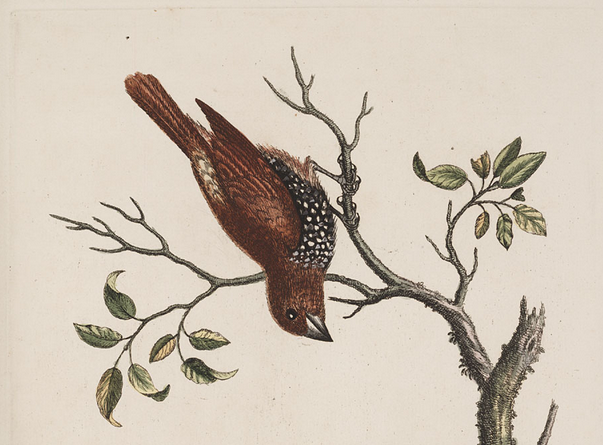 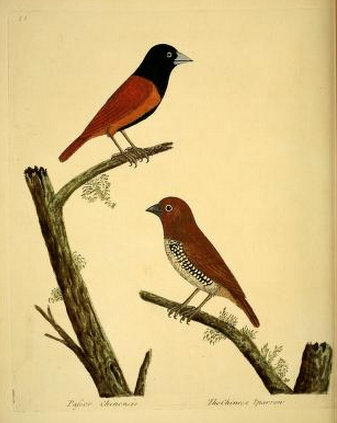 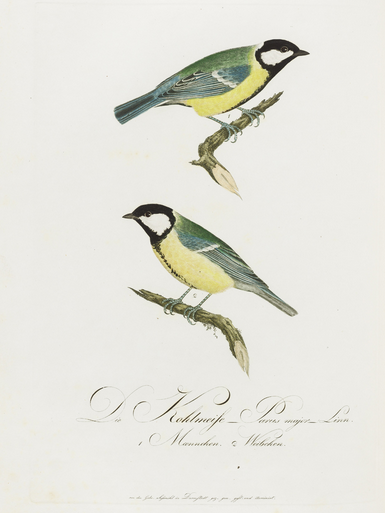 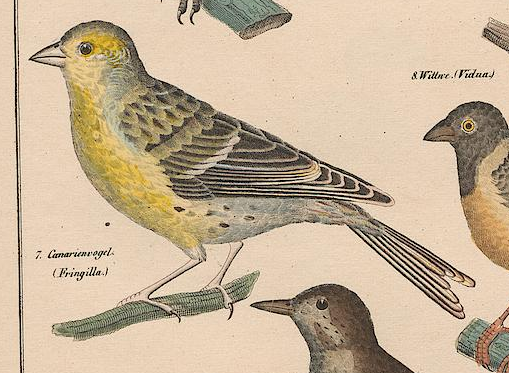 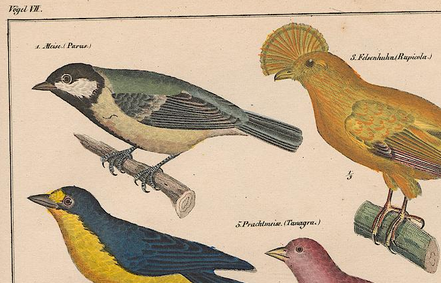 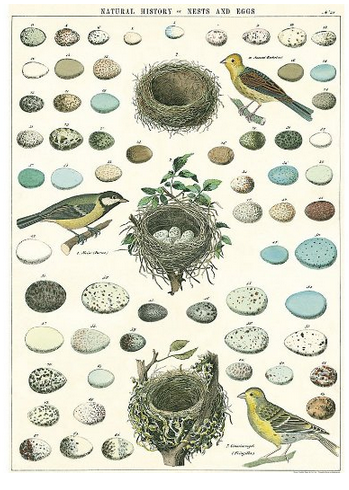 Valerie and David sent me a beautiful Italian calendar for Christmas this year, with large-format, fine-quality reproductions of colored plates from eighteenth- and nineteenth-century bird books.

Not a single one of them identified. 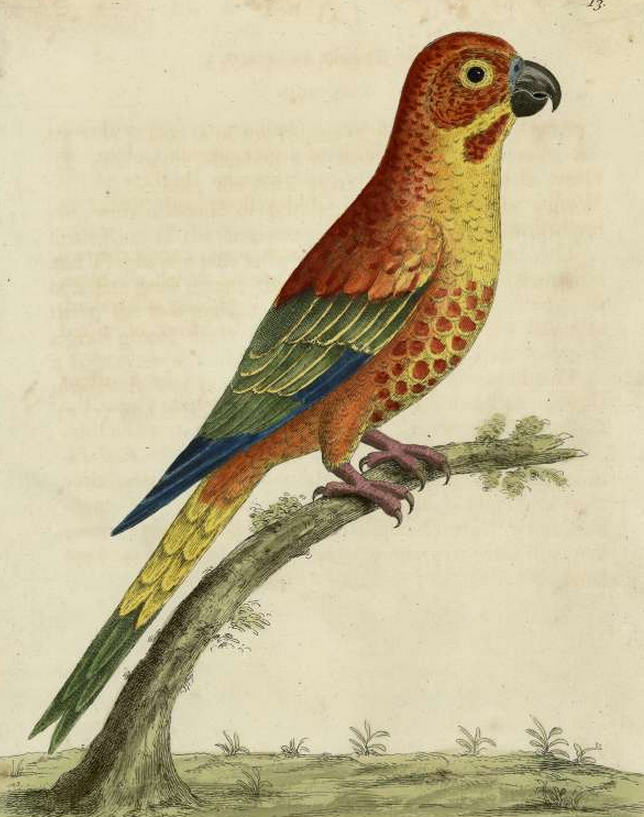 This first image is easily recognized as the work of Eleazar Albin, the Anglo-German painter whose style is as distinctive as his failure to identify his birds. “Failure” is the wrong word: working in the 1730s, often from specimens — living or dead — of uncertain provenance and marked tattiness, Albin simply came too early to take advantage of any of the nomenclatural and identification tools available to the generations that would follow him.

Thus, the label on this plate, reproduced from a painting completed on July 30, 1735, was about as good as Albin or anyone could have done:

It was a matter of seconds to identify the plate as Number 13 in the third volume of Albin’s Natural History of the Birds — though I haven’t yet figured out which of the several editions, authorized and pirated, was reproduced for the calendar.

But what is this colorful bird?

“Angola,” of course, is a red herring. Though Albin’s model

was brought from Angola, on the Coast of Guinea, and was in the Possession of a Gentleman near the Custom-House, who was pleased to let me draw its Picture,

there is no reason for us to then assume, as Albin did, that this was an African native at all. Indeed, there is no Old World parrot that looks remotely like this one.

Instead, it pays to remember that Angola was in the possession of Portugal in the mid-eighteenth century (and for a long, long time thereafter). Albin’s acquaintance probably did bring the bird to London from Angola — but Angola was no doubt just one stage in its journey to England from, say, the Portugese holdings in South America.

Aha. It all falls into place. This may not be the most accurate of images, but once we turn our attention to the Neotropics, it is readily identifiable as the portrait of a sun parakeet.

Indeed, Albin’s plate (which Brisson would later sniff was “mal coloriée“) served Linnaeus as the “type” of the species he named Psittacus solstitialis,

a long-tailed yellow parrot with green wing coverts and a forked tail.

The Linnaean type locality came from Albin, too: “Habitat in Guinea,” a designation not definitively corrected until 1906 (!), when Hellmayr substituted “Cayenne.”

What will February bring?