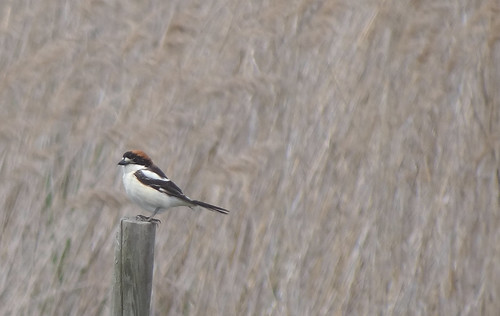 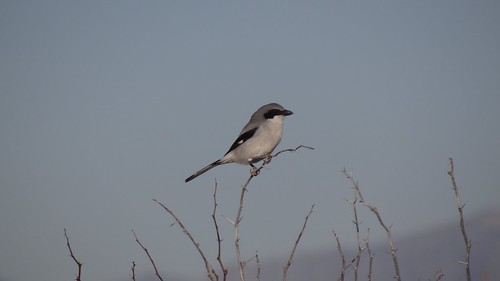 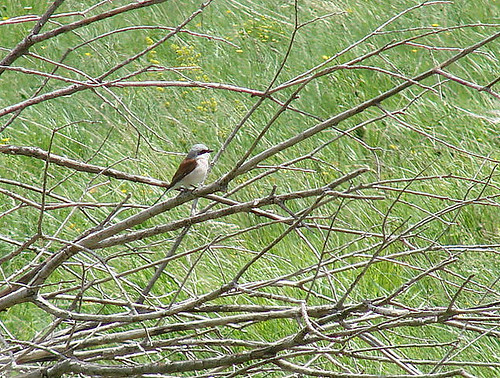 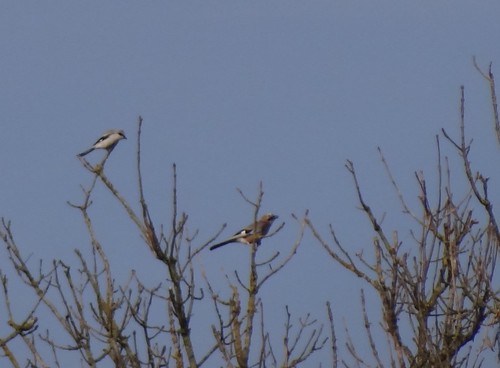 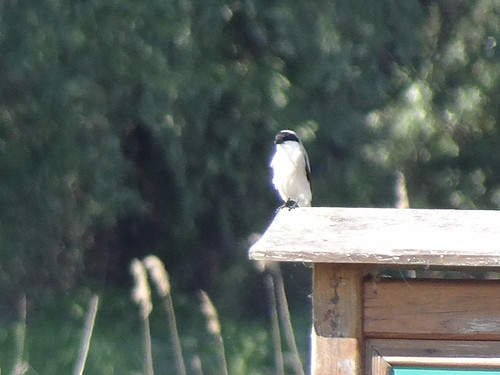 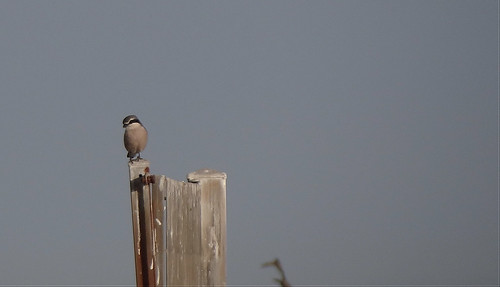 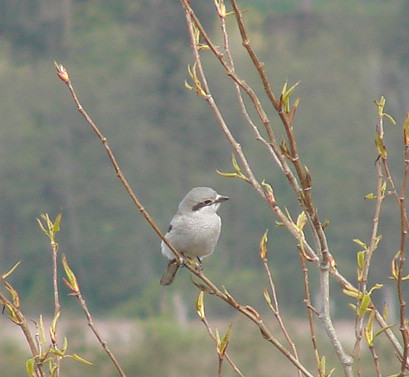 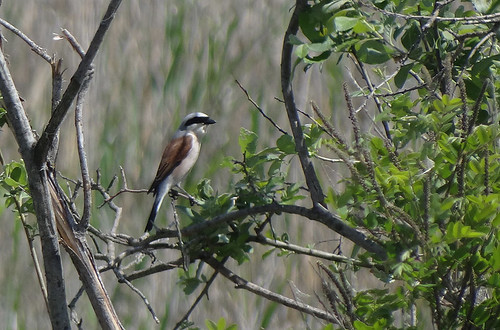 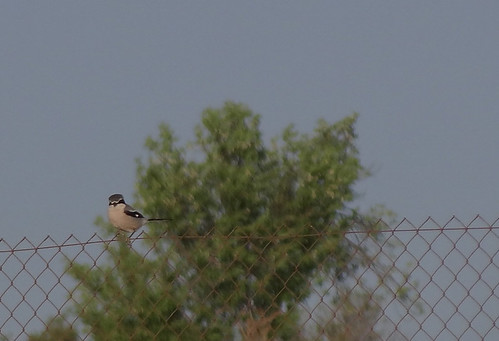 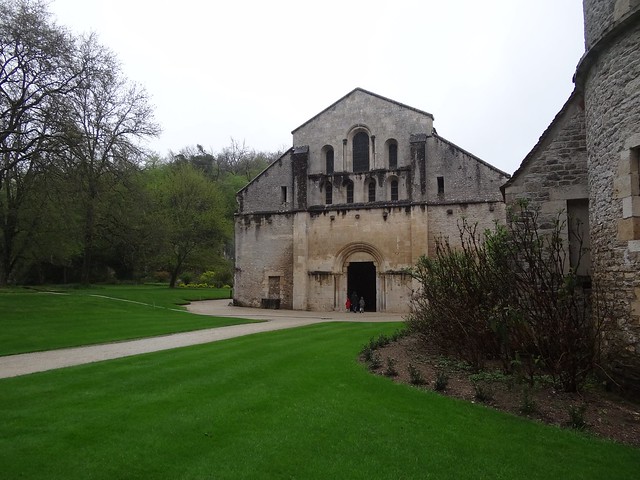 If you’re curious about the ways nature, history, and art come together on our tours, have a look at my note about the goldfinches of Fontenay over at the VENT blog today.

See you in the field — if not in Burgundy, then at another of my 2016 destinations! 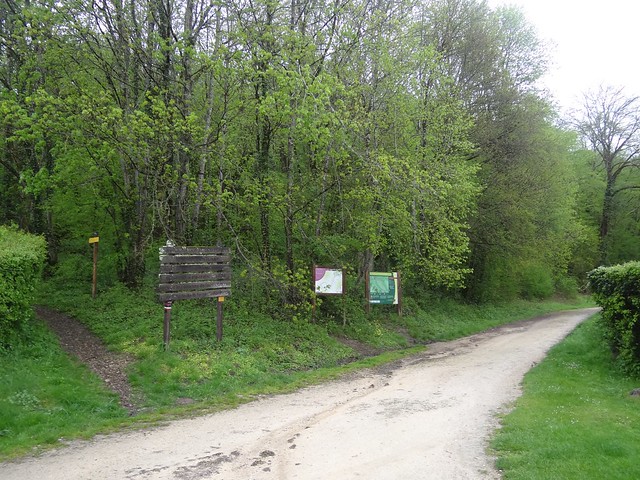 This lovely fragment, probably from the main altar at Fontenay, depicts the Nativity in a remarkably different way.

Ox and ass watch over the Child as a typically aged, infirm Joseph dozes on his crutch. But look at this Mary. Bégule describes her as

reposing on a bed, her right arm gracefully folded beneath her head.

Well, she’s on a bed all right. But there’s nothing “gracieuse” about her posture. 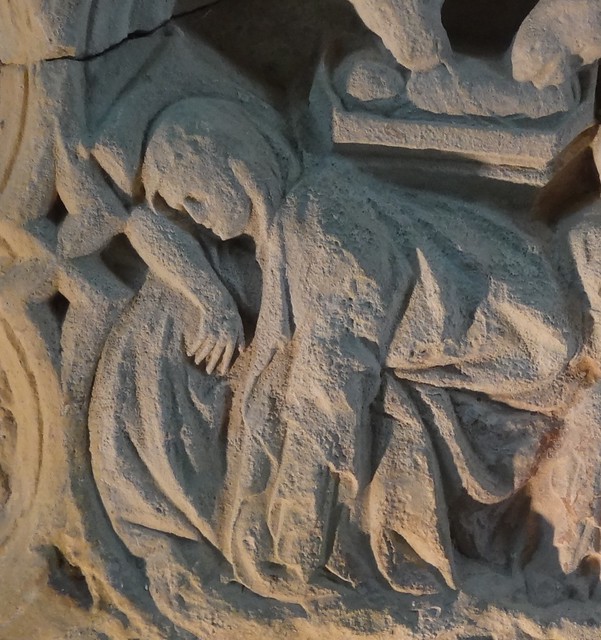 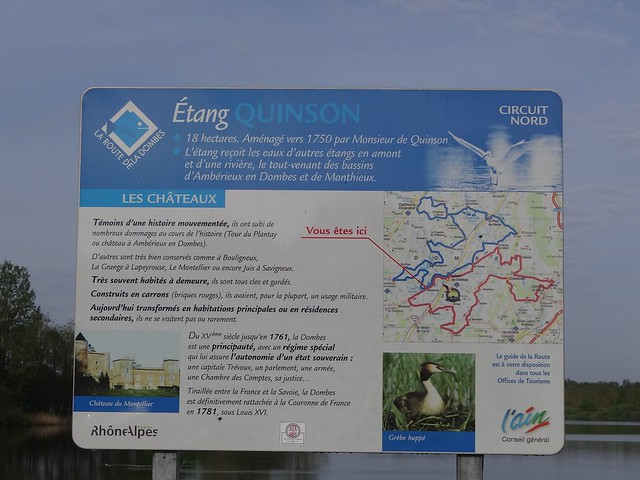 The best strategy for birding some areas is just to go out and get lost. La Dombes is a vast, diffuse tract of pasture, woodland, and wetlands just off the main road from Lyon to Burgundy — and one of the best places I know to just wander, letting the quiet roads and the abundant birds lead from one placid lake to the next. 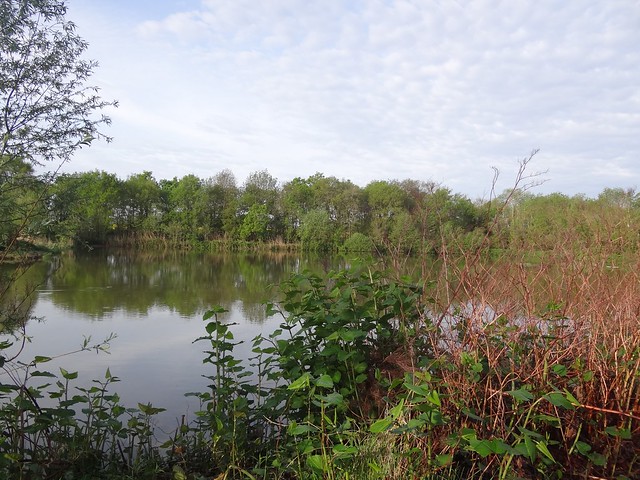 In truth, it isn’t as confusing as it used to be: nowadays there’s even a telephone “app” that promises to take you from one pond to the next. Even so, there are more than a thousand lakes dotting the quiet countryside (take that, Minnesota!), and because many are still used by commercial fisheries, the amount of water, fish, and of course birds in each varies from year to year. 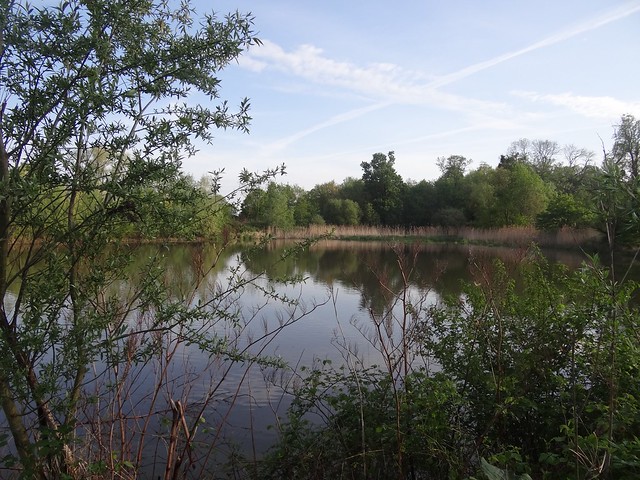 It’s a quiet, sparsely populated landscape, though, and nobody minds if you simply wander from one to the next, stopping at a wide spot to listen and scan. On my latest visit, I found the ponds of the Dombes as lively as ever, and their wooded edges as noisy. 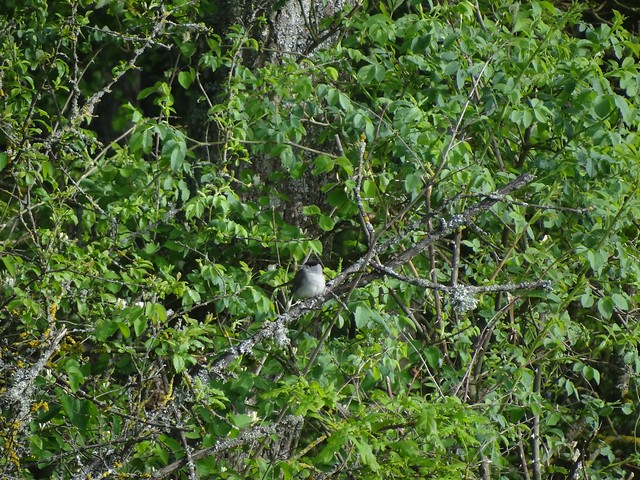 Blackcaps and nightingales were shouting from every thicket, as if in competition (the winner? blackcaps, hands down). Golden orioles were back in force, singing their gulping whistles in the poplar canopy and flashing back and forth across the roads; once again I was reminded of how much that species looks and sounds like an oropendola.

Out on the water, often feeding just a few feet from the road, were all the expected herons, including somber black-crowned night herons and snaky purple herons, and a few shorebirds haunted the muddy edges. Common greenshanks and wood sandpipers were the most abundant, but there were also ruffs, green sandpipers, a surprising whimbrel, spotted redshanks, and a few brash and beautiful common redshanks. 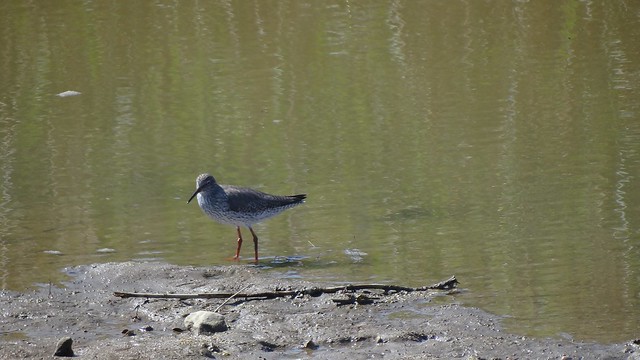 Ducks were scarcer, many of the hens probably already on eggs, the drakes with better things to do than be gawked at; but still there were good numbers of red-crested pochards and garganeys.

As the morning warmed, the aerial insectivores came out to play: plenty of barn swallows, house martins, and sand martins, with a few arriving common swifts. Bee-eaters, also most likely just coming in, announced themselves with their uncouth buzzes, and whiskered terns, a true Dombes specialty, we had with us always.

As always, it was hard to tear myself away. But Burgundy awaited, land of stone curlews and ancient monasteries, medieval palaces and woodchat shrikes. Onward! 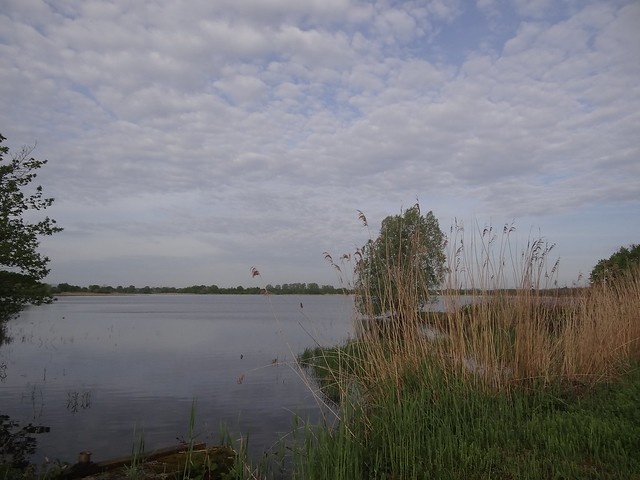 Want to bird La Dombes next spring? Have a look! 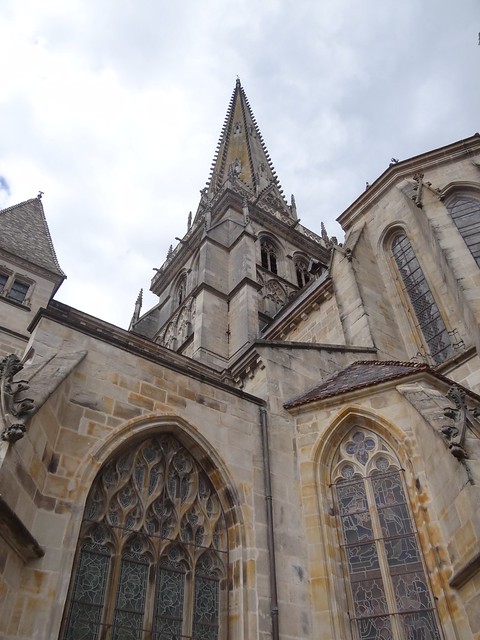 It’s a bit odd to say that St-Lazare in Autun is one of my favorite churches: it’s kind of like claiming to like to breathe air — true, but hardly original.

After a wonderful morning of birding the Doubs, I spent the afternoon in the hilltop cathedral, admiring the Romanesque spaces hidden so well inside a Gothic exterior. And of course I paid my lingering respects to Gislebertus and the west portal. 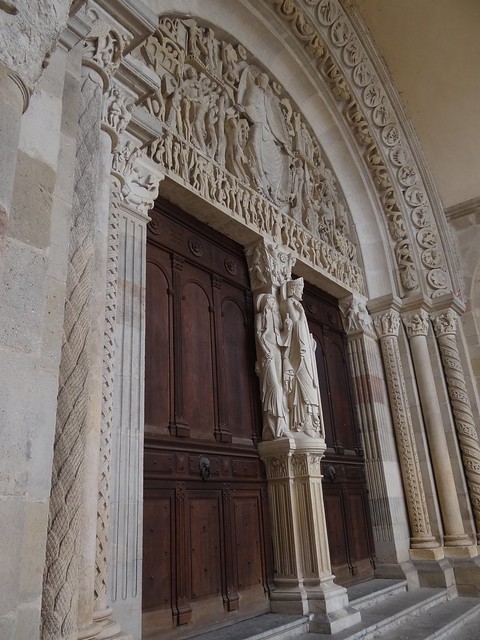 As I stood there beneath the porch thankful for the chance to see these dazzling sculptures again, I noticed that gratitude was thematized above me, too. 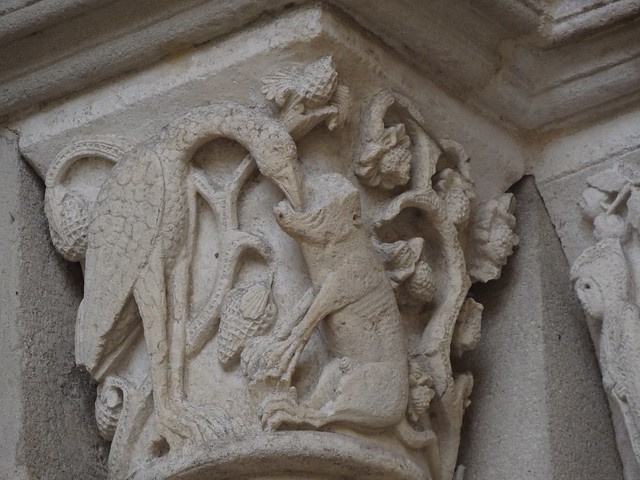 Here’s the stork of fable ridding the wolf of a badly swallowed bone — in case you don’t remember, the stork’s request for a tip was met with a snarl:

Count yourself lucky I didn’t bite your head off when it was between my teeth!

On the other side of the portal we find a positive exemplum of gratitude:

This distressed lion remains faithful to Jerome after he has plucked the offending thorn from his paw. (There’s also a fable in the Romulus tradition, De pastore et leone, but I doubt that any old shepherd would be dressed this well).

After a day like this, I’m counting myself among the lions, not the ingrate wolves.