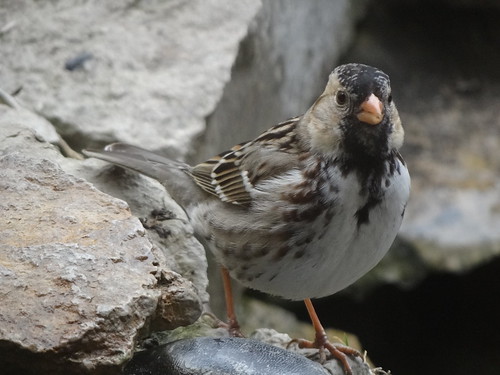 A new proposal before the AOS NACC (I like that almost as much as the test we had to take in junior high, the PSAT NMSQT) would alter the English names of North American birds named for people by removing the “possessive” -s from the designation of the eponym: thus, for example, we would once again have the Harris sparrow, the Franklin gull, and the Steller jay, aligning them with the Zenaida dove, the Thekla lark, the Narina trogon, and so on. 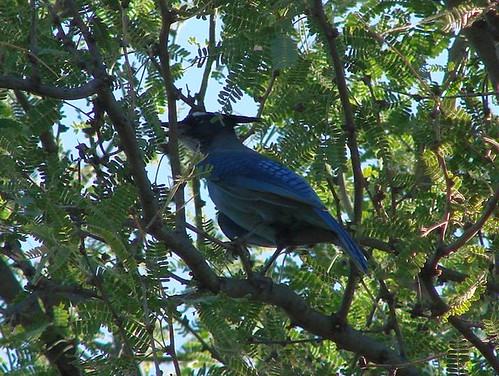 Each of the arguments the author adduces in support of his proposal is a cogent one. But there is another, even more compelling reason to do without that hypercorrect little letter:

There is a vast scholarly literature on how names work in English, virtually all of it far too sophisticated for my humble learning. But one thing is clear: a phrase like

is not acceptable in English if Franklin or Steller or Harris is the proper name of a known person. “The Franklin’s Tale” is not a counterexample, as the anonymous teller of the story is a “franklin” by profession, not by name. And “a Steller’s” or “some Harris’s” makes sense only if we mean “a certain person named Steller” or “some guy called Harris,” clearly not what is intended in either phrase.

Birders may have got used to such barbarous constructions. But try it in another context and I bet your language faculty stumbles.

Instead, any native speaker will write and say “the Chaucer version,” “a Verdi overture,” “some Bocaccio novella.” Likewise, any non-birding native speaker will stutter when confronted with “the Pallas’s warbler” or “a Scopoli’s shearwater” or “some Pander’s ground jay,” and we would too had we not been corrupted by decades of solecism.

This issue was hinted at, obliquely, in the course of one of the early go-arounds, in the first decade of the twentieth century. Jonathan Dwight was a big fan of the fake genitive, but in his slightly (and uncharacteristically) peevish argument for its preservation, we find him pointing out that

a circumstance whose significance Dwight failed to recognize.

Leon Dawson, the great pioneering ornithologist of the Pacific Northwest, also noted the constraints on the possessive, but he explained them not as syntactic but as semantic. Namely, Dawson claimed that the “genitive” form in -s referred to “the species as a scientific concept [with] no thought of any individual or set of individuals,” while the phrase with the attributive eponym denoted the actual “creatures of flesh and feathers.” Thus,

It’s a nice distinction — in both senses of the word — but it’s overthought, and would have as its result that Centronyx bairdii had not one but two English names, one for the species in the abstract and one for the animals belonging to that species.

The proposal submitted this month to the AOS has already drawn more than its share of withering scorn. But that scorn is inspired by simple inertia, and I have yet to read a truly cogent objection to reviving the practice of the zero-ending eponym. 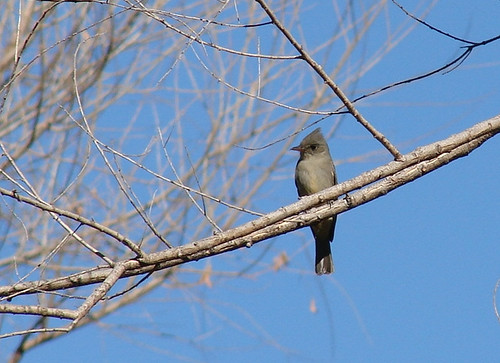