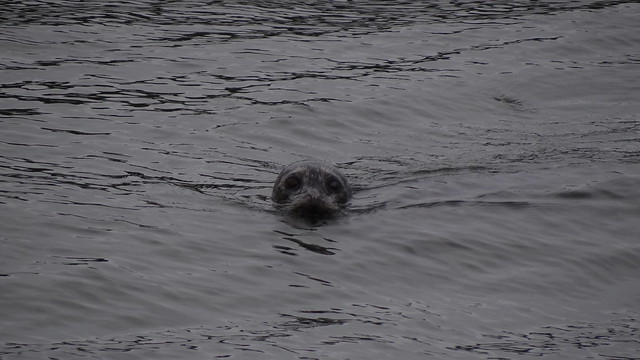 Perfect weather for harbor seals today here in Vancouver. For us, the rain was a welcome excuse for a late start — it was 9:30 by the time I picked Soheil up.

We started in Steveston, where mew gulls streamed over on their way, I suppose, to feast on earthworms in the wet fields. There was a small selection of ducks on the river, including red-breasted mergansers, and we enjoyed lingering close views of glaucous-winged and Olympic gulls loafing in the drizzle. 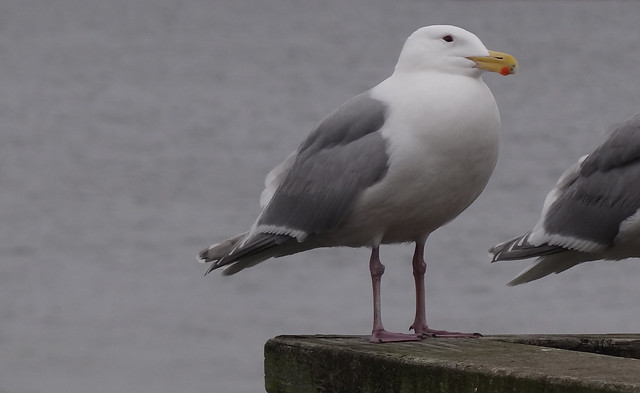 Soon it was too damp for us, so we headed to a place I’d never visited, Richmond Nature Park. 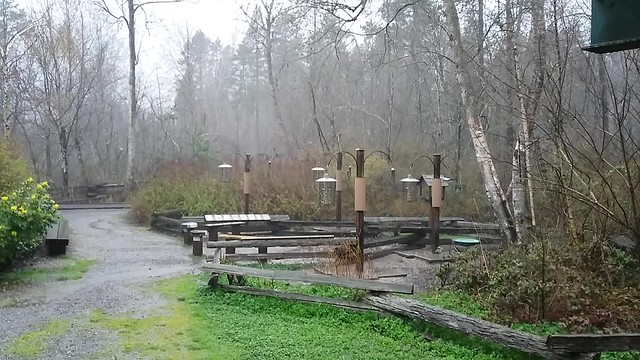 We found comfortably dry seats beneath one of the picnic shelters, and watched as rufous and Anna hummingbirds darted between rain drops and fox and song sparrows scratched up the seed knocked from the feeders by the spotted towhees and purple finches.

Among the many Oregon juncos was an especially pretty bird with symmetrical facial crescents, as if it were wearing a Prevost ground sparrow mask.

To our surprise, at one point the sun came out, and the birds celebrated — with a bath, of course. 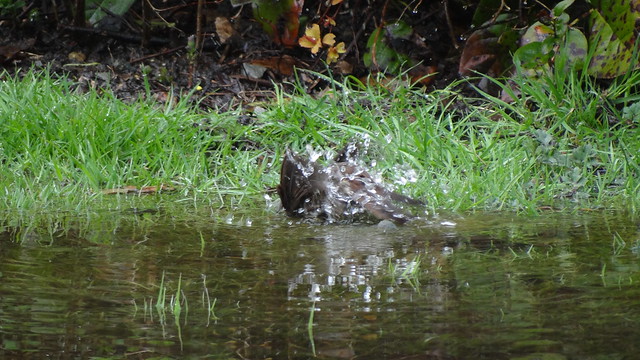 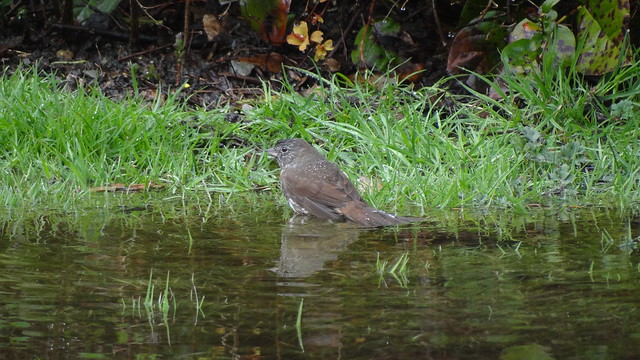 We took advantage of the sudden change in the weather for a quick walk in what looks like a very birdy area indeed, then hopped back into the car for the drive to Jericho Beach. 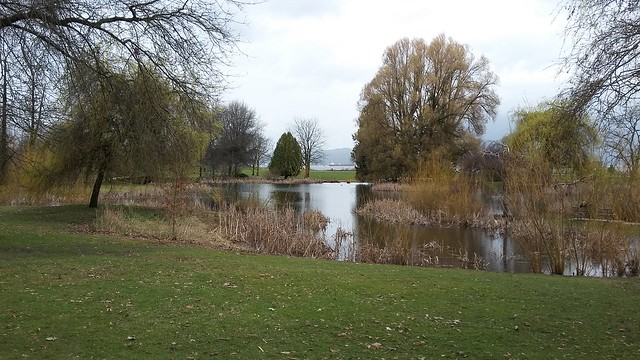 Just a short walk from our apartment in Kitsilano, Jericho was my neighborhood “patch” when we lived in Vancouver, and I was excited to see it again — even if the rain did set in again just as we arrived (and even if they still seem to have done nothing, absolutely nothing, about the off-leash dog problem). 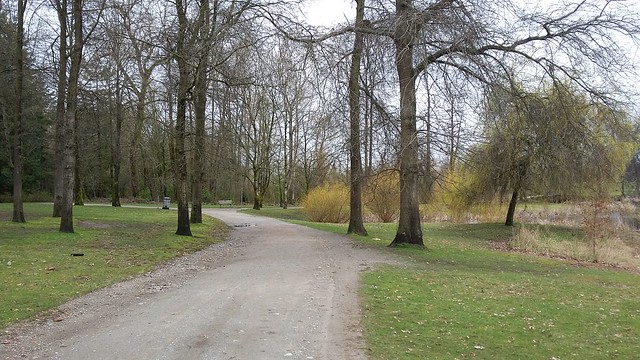 Though it wasn’t overly birdy, it was great to be walking a portion of my familiar route, watching pelagic cormorants and common goldeneye in the water of English Bay and bushtits in the blossoming trees. We were surprised to see only American wigeon on a first scan of the small flock, but eventually we found a single Eurasian wigeon on the edge of the pond; I remember excitedly reporting one here on our very first day in Vancouver, only to learn with some dispatch that the species is more common in this area than just about anywhere else in North America. 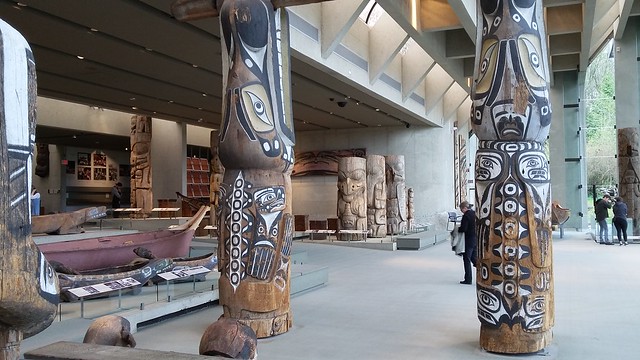 Of all the places to seek shelter in the city, the UBC Museum of Anthropology may still be my favorite. 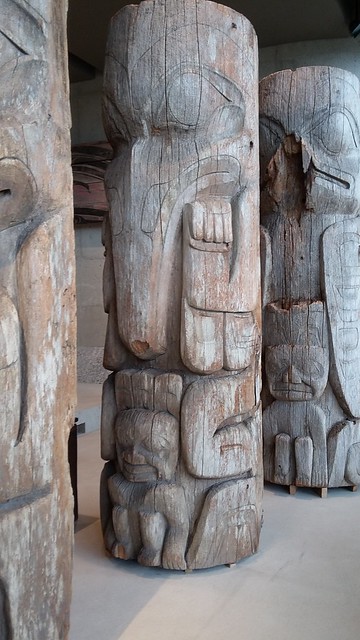 There is vastly too much to look at in a single visit, and I long ago gave up trying, adopting the strategy instead of just looking at one object or two in the knowledge that I’ll be back. After all, it had been only seven years between this visit and the one before…. 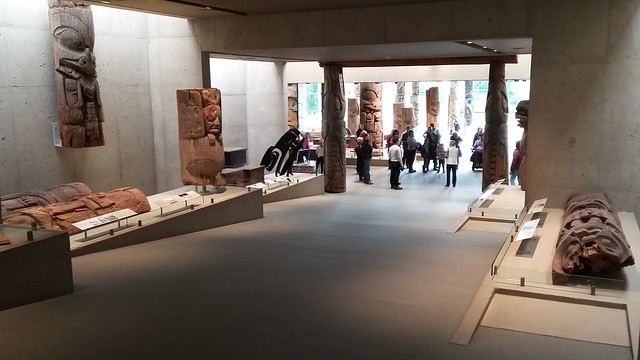 Yes, tempus fugit, and this week fugit faster than most.