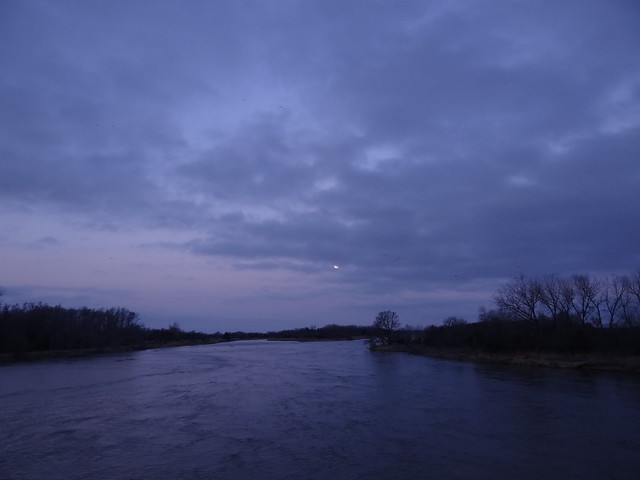 It was cold and windy and spitting snow when we arrived at Fort Kearny this morning to watch the moon set and the sandhill cranes rise. It’s still, 40 years on, one of the most moving experiences I’ve ever had in the outdoor world — rivaled only by the evening flight, which we witnessed tonight a half dozen miles downstream, tens of thousands of birds pouring in over our heads, shouting and gurgling and rattling and laughing.

In between we birded south of the Platte, from Kearney to almost Grand Island, marveling at cranes and arriving flocks of western meadowlarks out on the windy fields. Perhaps the most surprising bird of the day was hunkered down out of the elements on one of those fields, a gray blob that had me making one of those simultaneous screech-to-a-halt-and-make-a-U-turn maneuvers that mark us, sure as our binoculars, as birders. 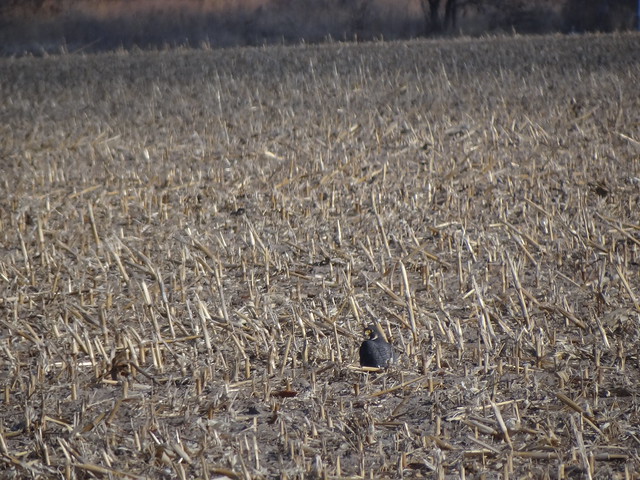 I don’t know offhand how many migrant peregrine falcons I’ve ever seen in this state, but I’m guessing that a quick digital tally would likely involve neither of my feet.

Tomorrow: the cranes again, of course, and then a day of northing and westering into the most heartbreakingly beautiful landscape on the continent.

Stay tuned, and come with us next year.