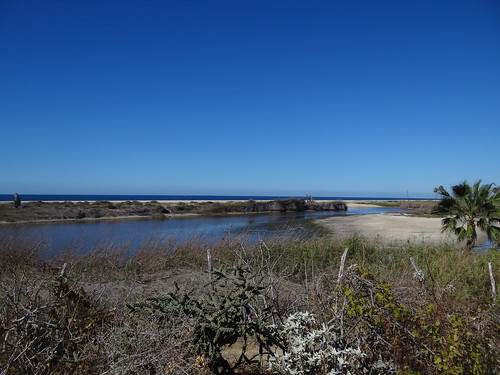 An hour from San José on the Pacific coast of the peninsula, Todos Santos is a large but happily quiet town, a much-needed respite from the touristy bustle of Los Cabos and only relatively slowly being swallowed up by hotels and strip malls. We didn’t really have a target in mind, though I was hoping to find some Savannah-type sparrows out on the beaches. (Didn’t.)

The first challenge came on our arrival above the flat salty pond known as La Poza. Where to park? The signs were everywhere and clear: not here, not here, not here! Rather than drive back up into town and walk the steep dusty streets down to the water (and then walk the steep dusty streets back up to the car), we cleverly made lunch reservations at the Posada La Poza and left our car in their parking lot, watched over by one of eleven (!!) Scott’s orioles we would see on our walk. 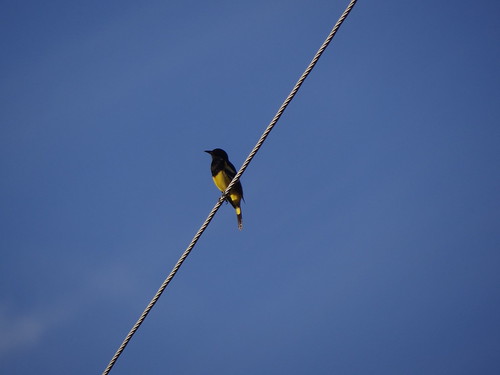 Among the first birds to pop up as we left the parking area was a gray thrasher, perching briefly on a fence then, for lingering close-range scope views, atop a cactus. Fortunately, we still had some admiration left to bestow on the first-cycle white-crowned sparrow working the gravel nearby, the only Gambel’s sparrow we saw the entire trip.

The pond itself wasn’t exactly crowded with birds. There were black-necked stilts, western and least sandpipers, greater yellowlegs, cinnamon and blue-winged teal, and a few lesser scaup and ruddy ducks; the only mildly notable bird on the water was a lone American white pelican.

The beach was no birdier, and the only fly-bys were the odd Brandt’s cormorant and California gull. Out in the middle distance, though, there was activity .

Humpback whales were nearly constantly in sight, splashing with their tails and occasionally flopping a flipper into the water. 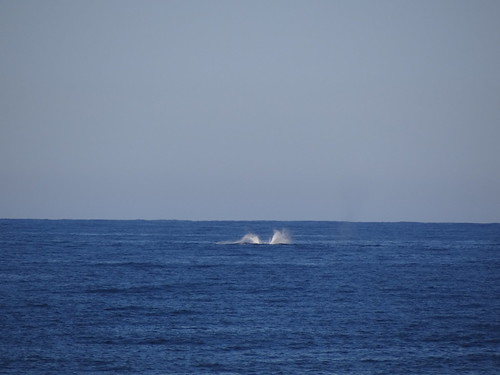 We’d been on a whale “watch” from San Lucas a couple of days earlier, with views as close as any I think I’d ever had, but how much more evocative it is to see them like this, wild and wary, out in the same waters that not that long ago would have been slick with blood and grease. 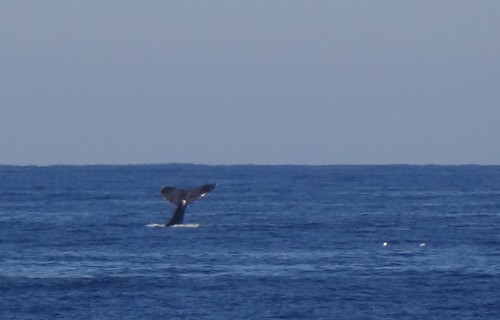 And lunch at Posada La Poza? The food was ok, the service genuinely kind, and the view out over the palms and the water pretty close to perfect. 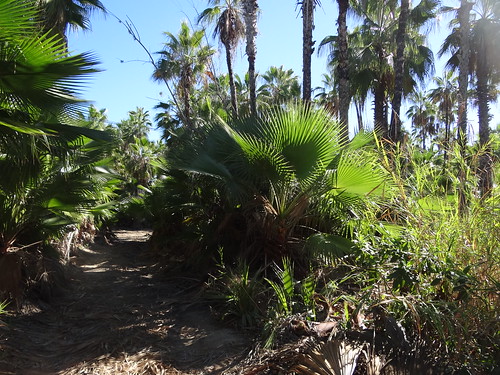