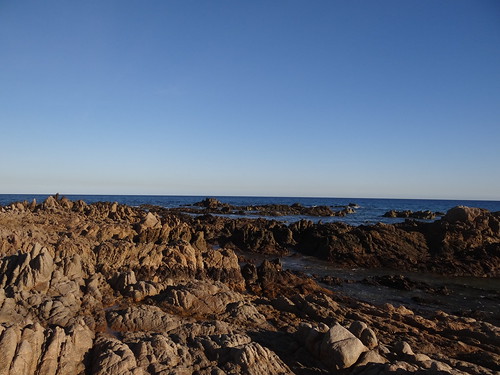 I never did find out exactly why this little beach near San Lucas should bear such an ominous name, though one look at those jagged rocks suggested at least one explanation.

Not traveling by boat, we were undeterred, and visited a couple of times to see what might be hanging out in this blessedly quiet corner of the Sea of Cortez.

Rocks, of course, mean tide pools, and there were some neat objects to see here. 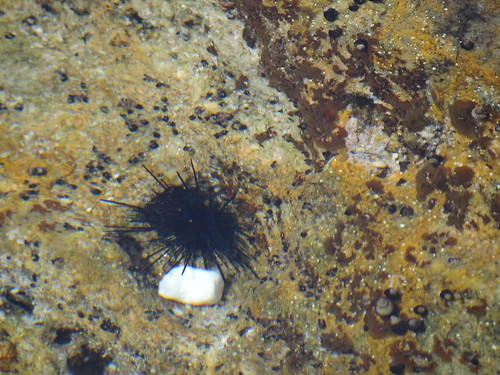 I didn’t pick this up, but think it was an echinoderm. 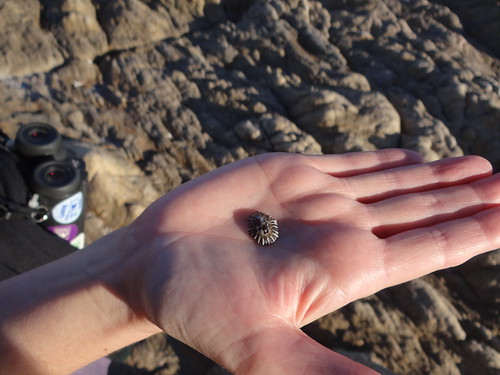 But it’s now here on a shelf if any conchologer wants to see another photo.

We were on surer ground with the birds. 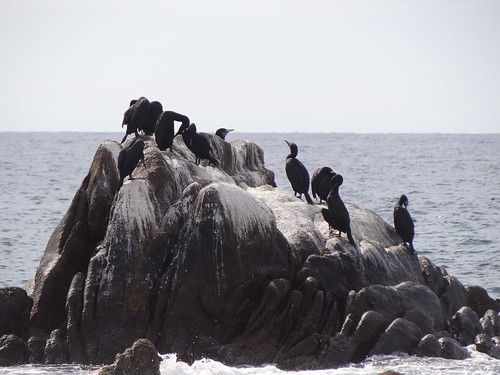 Brandt’s cormorants were the most abundant representative of their genus during our entire stay; they’ve pretty clearly been using this loafing spot for a while.

(Am I the only one who is always a bit bored by this species? There are so many stunning phalacrocoracids, and these poor creatures — “Bland’s cormorants” — just don’t have much too ’em.)

I’d expected to see some rocky shorebirds, too, maybe a dunlin or ruddy turnstone, but on our first outing all we could find were spotted sandpipers crawling busily around the crevices. Our second visit was more productive. 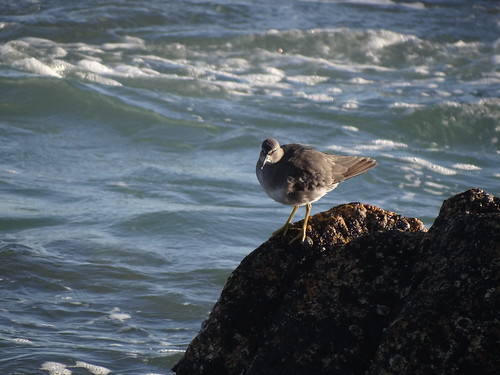 Heard before it was seen, appropriately enough, this wandering tattler braved the dashing waves to clamber big-footed around the rocks, crouching to explore the barnacle shells 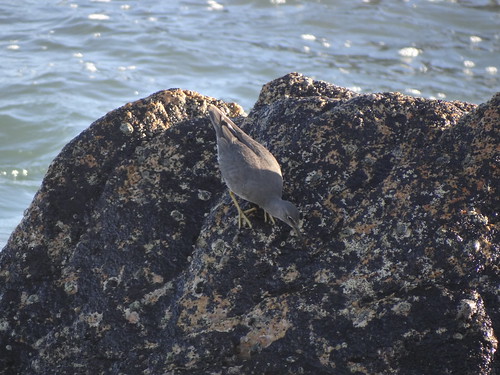 then leaping high into the air as the water crashed around it.

We finally left the tattler — a life bird for Alison, and certainly the best and most prolonged views of the species I’ve ever had — to explore the desert behind the dunes. There wasn’t much to see beyond the usual ash-throated flycatchers, verdins, and cactus wrens, but I finally saw a lesser goldfinch, a bird we should have been running into every day. And the first time, I think, I’d seen that species and a tattler within five minutes of each other.