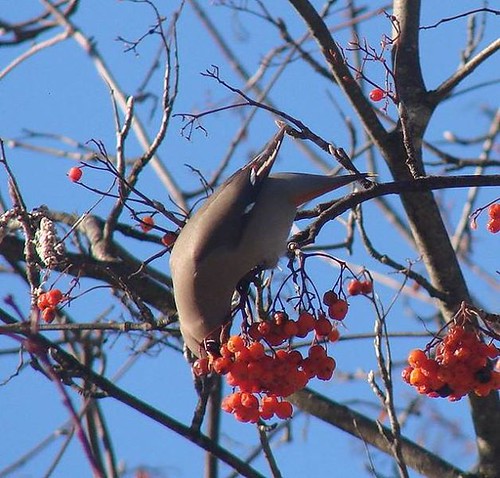 I read on twitter the other day that the Bohemian waxwing takes its English name from the species’ “Bohemian” habits — not living in garrets and painting derivative kitsch with gelid little hands, of course, but rather wandering restless from place to place, never truly at home, always eyeing the next mountain ash or crabapple.

I happily recognize in twitter the fons totius veritatis, and yet… and yet.

It is so easy to look these things up.

The OED tells us with shocking exactitude that “Bohemian” in the sense of a “vagabond, adventurer, person of irregular life or habits” was introduced into our language by Thackeray in Vanity Fair, published in 1848. And it informs us, too, that the bird name “Bohemian waxwing” antedates Becky Sharp and her gang by at least seven years — and in its older form “Bohemian chatterer” is found as early as 1772.

“Bohemian,” disappointingly, really means nothing more romantic than “from Bohemia,” the speculative breeding range assigned this species by virtually all pre-Linnaean ornithologists. Indeed, one of the vernacular names listed by Conrad Gesner in 1555 is “Behemle,” the “little Bohemian,” and Aldrovandi notes that though every winter it seems to fly into neighboring regions, even on occasion to Italy, “the waxwing is otherwise unique to Bohemia.” 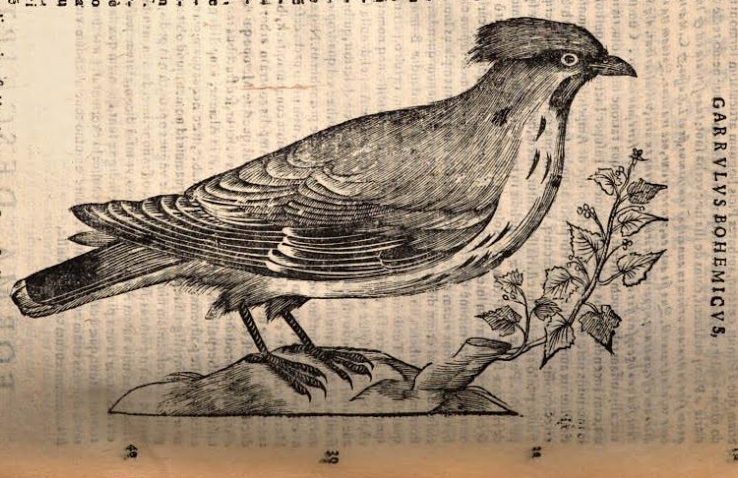 In England, Frances Willughby and John Ray accepted the range statements given by their continental colleagues, noting — Willughby in English, Ray in Latin — that the bird is “said to be peculiar to Bohemia.”

The name stuck, even after we learned that these waxwings breed far from Bohemia. It has nothing to do with the bird’s behavior, and everything to do with a stage in the history of ornithology when we were still trying to figure out just where these winter nomads came from.