William Hole’s bizarre map of the Severn and its tributaries personifies the famous puffin island of Lundy as “a lusty black-browed girl with forehead broad and high / that often had bewitched the sea gods with her eye.” This nymph whose only joy it is to watch the birds that feed on her shores is, appropriately, crowned with one of them.

Michael Drayton, whose Poly Olbion the map illustrates, names only one species among the fowl breeding on the island: “the birds of Ganymed.” 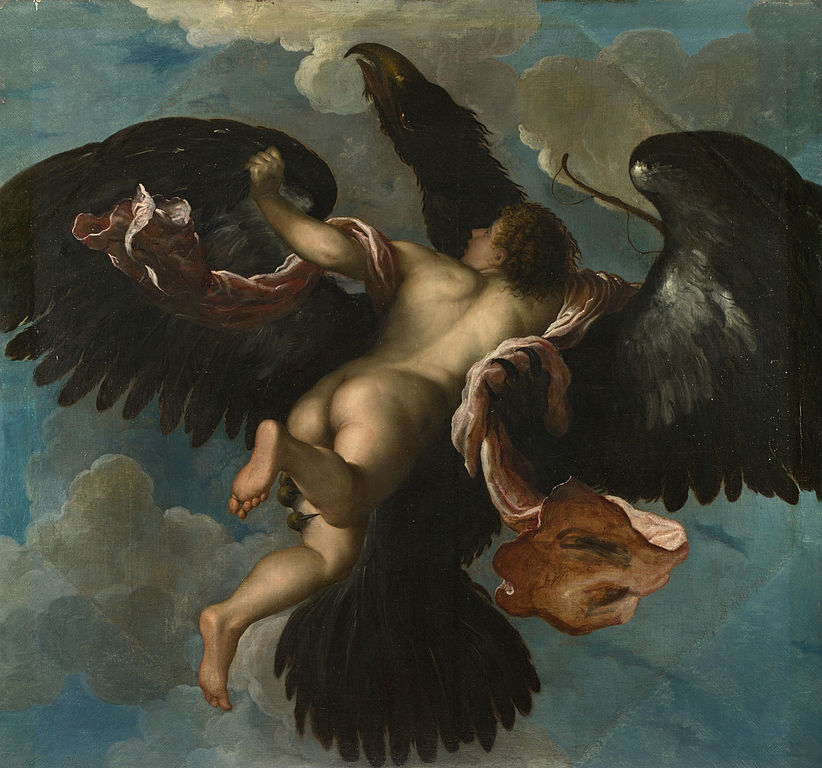 I don’t know how many pairs of golden eagles bred on Lundy in the seventeenth century, but I’m guessing it wasn’t many — and that long-legged heronish kind of a thing just can’t be meant as one. No “umfangend umfangen” here, I’m afraid.

I suspect instead that Drayton confused the bird of Ganymede with the equally famous bird of Diomede.

Equally famous, but much more mysterious. While Linnaeus would fix the name Diomedea to the great albatrosses, by 1758 the birds in the myth had been identified with a wide variety of seabirds. Ovid says that they were like swans but not swans; Pliny seems to suggest that they resembled coots. Aldrovandi was confident that Venus had turned Acmon and his men into shearwaters. Cuvier believed that the birds were common shelducks. And Gurney, obsessed as he was with sulids, identifies the bird atop Lundy’s tresses as a northern gannet.

Me? I don’t know. But it looks like she’s having a hard time balancing it.