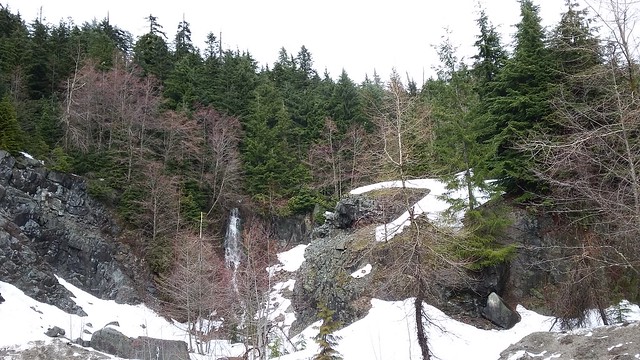 A day of wonderful contrasts and wonderfuller birds, from sea level along the shores of Boundary Bay to the hemlock and red cedar forests of Mount Seymour. We started on a misty early morning at Blackie Spit, a site I hadn’t been to very many times but that I hoped would produce some good shorebird watching. 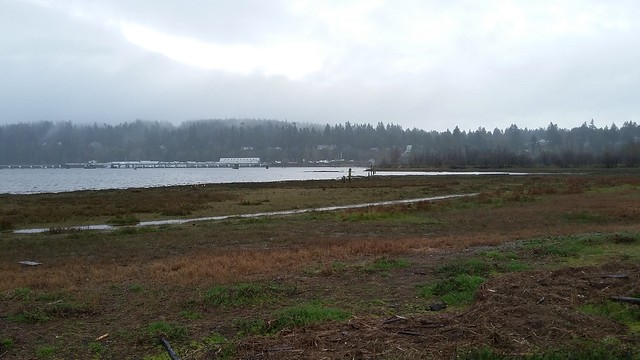 We wound up seeing only six individual shorebirds (!), plus a heard-only black-bellied plover. But you’d have to be a churlish birder indeed to complain about greater yellowlegs, black oystercatchers, and the traditional stars of a Blackie Spit winter, marbled godwits.

Those big prairie pipers are spectacular enough on their own, but it’s twice the fun to see what strange roost-fellows they come up with. This morning the two godwits were sticking close to a little flock of Eurasian wigeon (with a few American wigeon mixed in), creating some disconcerting views.

Just as interesting, to me au moins, was a female purple martin, notably early for the location. 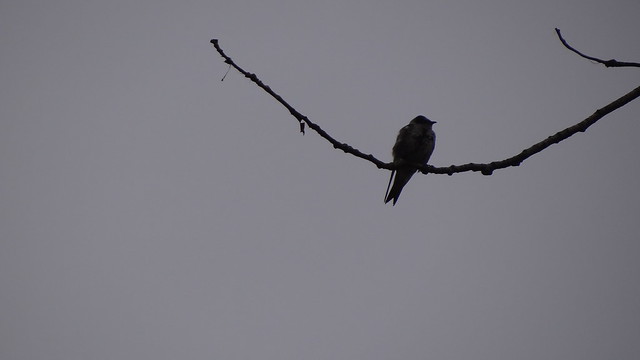 She spent much of the morning sitting stoic in the mist, while a bald eagle dried its wings, cormorant-like, a couple of feet away.

Out on the waters of Boundary Bay, the many common loons were joined by a few horned grebes and red-necked grebes.

I enjoyed seeing all three species in breeding plumage, and wondered whether perhaps the red-necked grebes would be moving inland to Pilot Bay, where their weird summertime quacking is the constant background to quiet Kootenay camping trips.

By noon the mist had turned to light drizzle. A lunch break in White Rock was a chance to negotiate our afternoon plans. There was risk involved — rain down here could mean snow up there — but given tomorrow’s weather forecast, this might be our last chance to get up Mount Seymour for a taste of the higher-elevation forests. 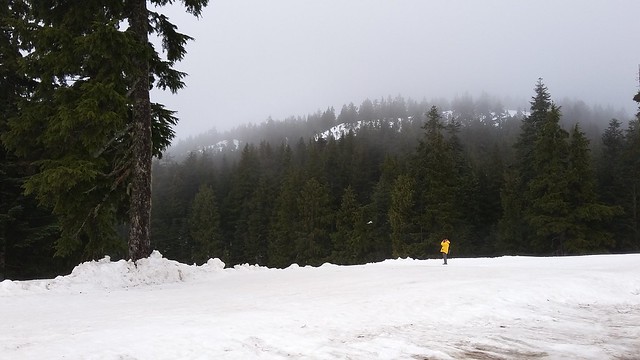 It was very quiet up at the ski lift parking lot, where only the croaks of a common raven and the cackling of northern flickers broke the silence. We turned back down the mountain, carefully and mostly unsuccessfully checking the edges of the roads and scraped parking lots for bird. From one lot, while we were watching a raven and a lone and lonely Oregon junco, we heard the deep booming of a sooty grouse; the fog made it impossible to find the bird, even though it sounded like his song perch was not far away. 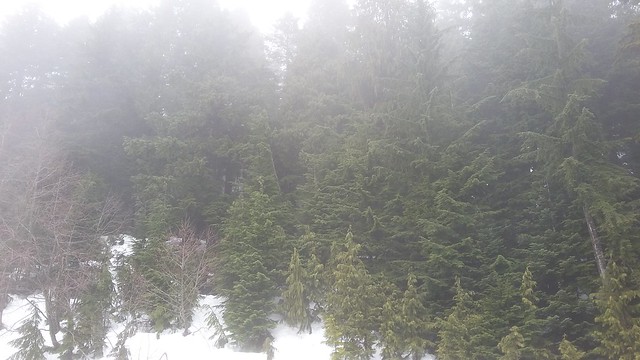 To our delight, a band of sunshine crossed the mountain when we arrived at the lower picnic area, and our walk there through the lush, damp forest was fantastically beautiful, a hint that true spring is on its way. 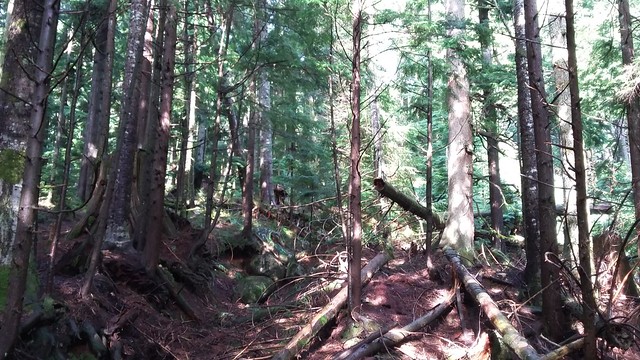 Another sooty grouse hooted and boomed from the hillside, and a cute little Pacific wren paused in its busy scurrying to sing a few times. A few varied thrushes played hide and seek on the edges, while a frantic flock of fifteen or twenty chestnut-backed chickadees fed their way through the long catkins of the tall alder trees. 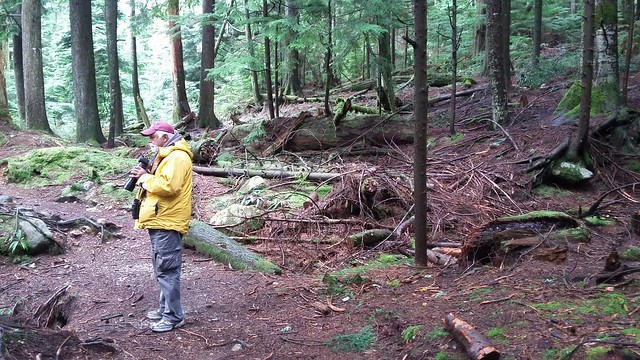 The bird list was short today, I suppose. But the birding was great.