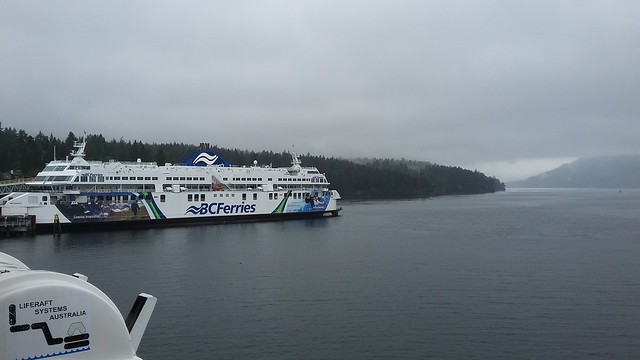 Dark, dim, and drizzly: the perfect day to bird from the comfort of a ferry across the Salish Sea. Soheil and I caught the first sailing from Tsawassen this morning, then rode straight back, giving us two shots at Active Pass. 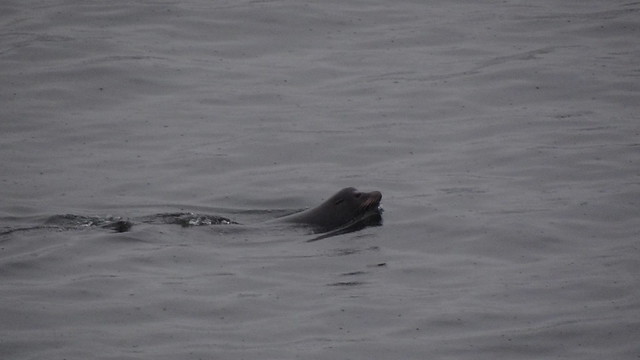 We didn’t see the particular mammals for which this crossing is famous, but harbor seals and California sea lions are a treat even when the black and white cetaceans stand you up. If birding was not quite as good as I’ve seen it on the route, it’s still always fun to see good numbers of pigeon guillemots and rhinoceros auklets, along with a very few marbled murrelets and just two common murres. 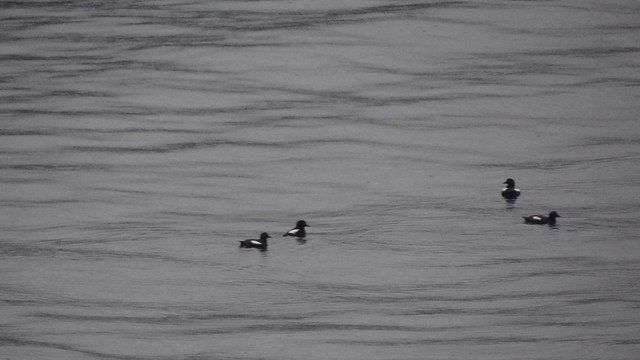 Surf, white-winged, and black scoters were in good supply, too, as were Bonaparte and mew gulls; Pacific loons were scarce, only three or four total, but what they lacked in abundance they made up for in nice close views on our way back to the mainland. Brandt cormorants were present in small numbers on the channel markers; our best views of Brandts were actually at the Tsawassen terminal, where a few perched on the breakwaters among the abundant pelagic cormorants. 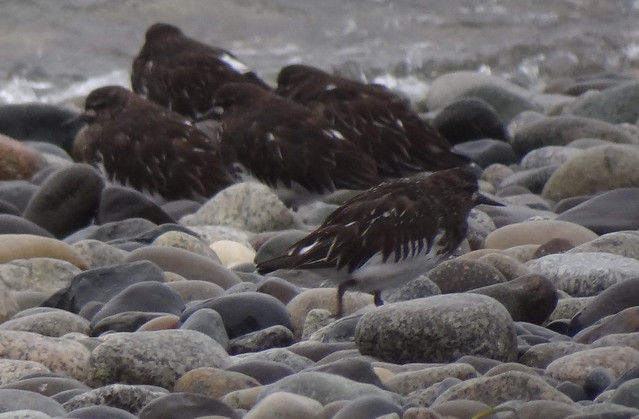 The rain was steadier still when we arrived back at Tsawassen, so we decided to bird the lower jetty road from the car. The experience was very different from yesterday: only a handful of black brant were in sight, and even gull numbers were low. Black oystercatchers were still carrying on in the air above us, though, groups of three performing their “piping” displays above the road and the water, wing beats shallow and stiff and wide-open bills pointing to the ground. And with the tide falling, we found a flock of 22 black turnstones on the cobble beach, where they fed utterly unconcerned about us and only slightly wary of the two off-leash dogs running the road. 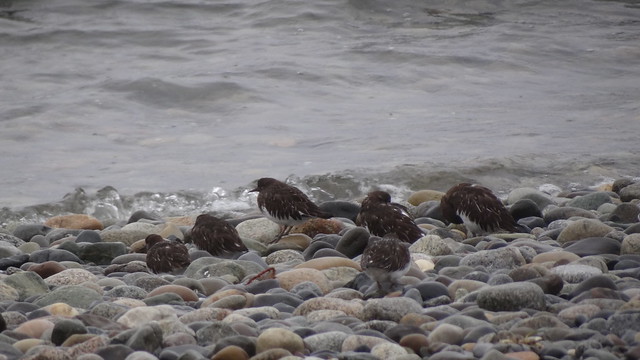 We’d had an early start to the day, and were wet and cold in spite of the layers we’d piled on, so pulled in to Circle O for a very late breakfast. Time and traffic looked good for a drive across Vancouver and a visit to Stanley Park, where I hoped there might be some birds at the few parking lots with good views. 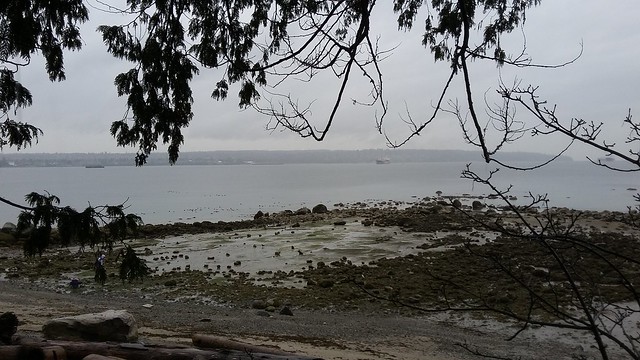 Unfortunately, the rain had grown even heavier, and we had to limit ourselves to brief excursions out of the car, where we saw just the usual birds: Barrows and common goldeneye and surf scoters were the best of the ducks, while our passerine encounters were nearly non-existent.

Tomorrow we’re supposed to be back to Vancouver sunshine, so we’ve planned to do a couple of sites where we can walk our legs back into functioning after a day on and in vehicles. Should be fantastic, as each day so far has been.