It is called “Kleidervogel” [garment bird, vestiaria] because the inhabitants of these islands once used the feathers to create the magnificent red feather capes and other ornaments worn by their chieftains during ceremonies. As a result, the bird became very valuable and was subjected to significant persecution, as many individuals were required for such a garment. Now that the inhabitants are being supplied with European products, the capes will probably fall out of fashion and the bird, which has become rare, will probably increase again.

Unfortunately, those vaunted products included rabbits, housecats, and mosquito-borne disease, which now seem likely to exterminate the iiwi far more efficiently and far more definitively than even the feather hunters were able to do.

You can read about some of the efforts underway to save the iiwi and its island habitats at the website of American Bird Conservancy and on this species’ very own page as the ABA’s 2018 Bird of the Year. 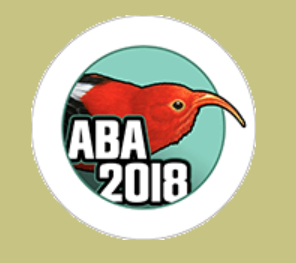