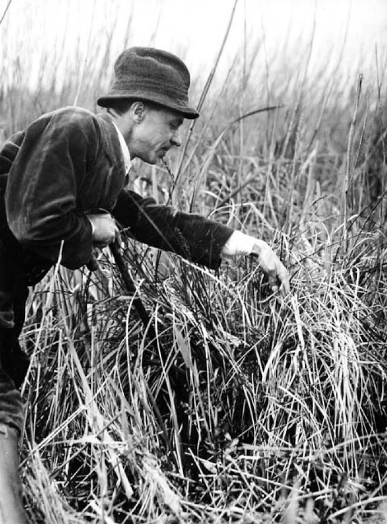 Gottfried Schiermann, a pioneer in the study of bird populations, died 70 years ago today in the ruins of Berlin.

His much younger friend Ernst Mayr would later describe him not only as “a superb field ornithologist”but as “among the highest of all human beings I have ever been fortunate enough to meet.” In the photograph above, Schiermann is admiring the nest of a Savi’s warbler, which he and Mayr discovered in the Kremmener Luch. 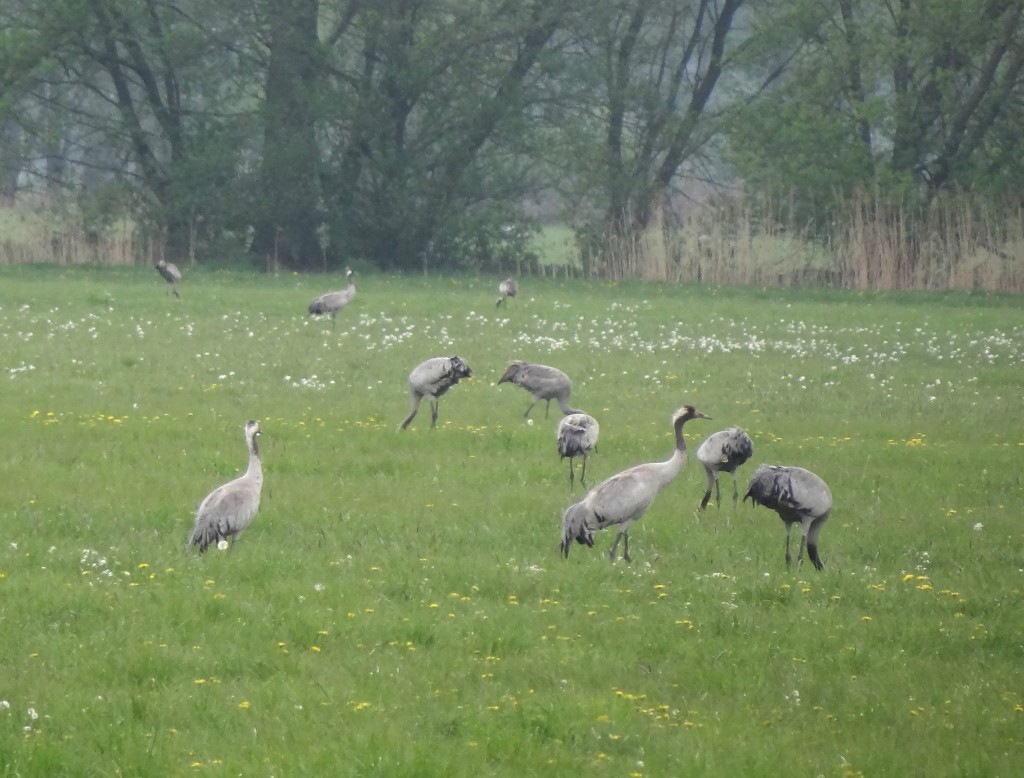 I did not know Schiermann, and I do not know anyone who knew Schiermann. But in a couple of weeks we’ll be watching common cranes at the Luch, and thinking of those whose early work in field and museum preserved that and the other precious wild spaces that make our birding possible.