Today marks the centennial of the death of the splendidly bearded and splendidly productive Daniel Giraud Elliot.

A founder and president of the American Ornithologists’ Union, Elliot was also a benefactor of both the American Museum and the Field Museum; he served for a dozen years as curator at the Field, but over most of his long career as collector, author, and explorer, Elliot was — following a long tradition not yet entirely vanished — an enthusiastic and knowledgeable amateur in the most honorable sense of the word.

Elliot’s scientific contributions are probably of only historical interest today. What lingers, though, and what birders still remember him for, are the great illustrated monographs in the European style, with plates by Joseph Wolf and J.G. Keulemans. Nothing can commemorate Elliot more appropriately than a browse through those images, still some of the finest ever produced. 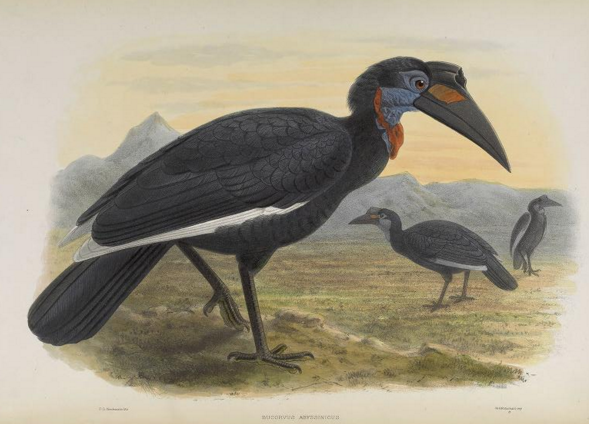 My favorites are the hornbills. Published — like most of his larger projects, at Elliot’s expense — when the author was only 46, the Monograph of the Bucerotidae is as stunning now as it was when it appeared in 1882, and the plates, “the happy results of  Mr. Keuleman’s talented pencil,” remain as desirable.

Ten years earlier, Wolf had prepared the plates for Elliot’s birds of paradise. It’s hard to disagree with Elliot’s assessment of his collaborator:

The drawings executed by Mr. Wolf will… receive the admiration of those who see them; for, like all that artist’s productions, they cannot be surpassed, if equalled, at the present time.

It takes a painter of great skill to keep these spectacular birds from looking merely gaudy. 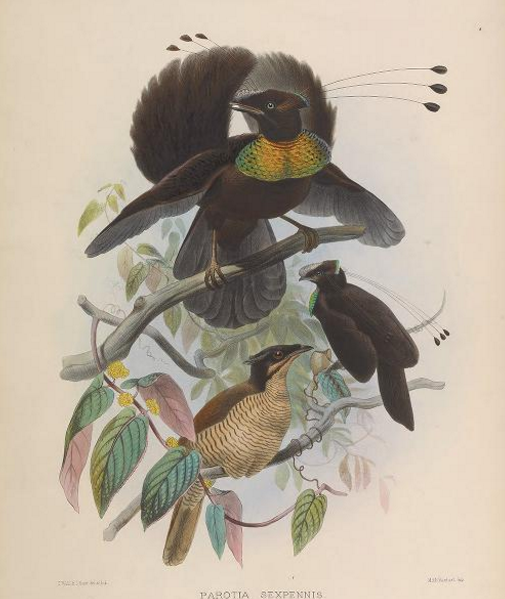 Wolf manages to do just that, though. 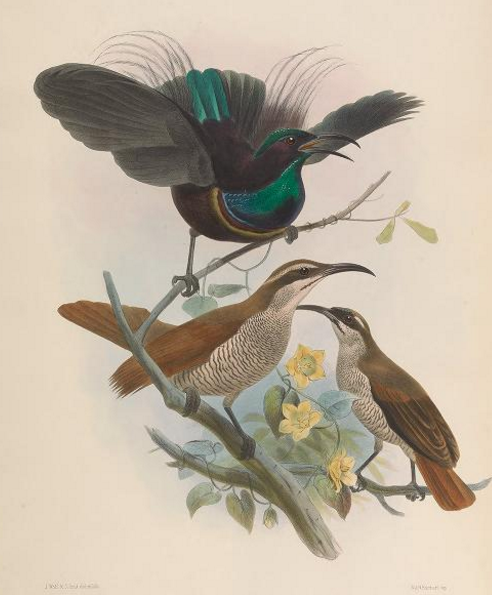 As a very young man in the 1860s, the author painted the birds himself in his monograph of the pittas. 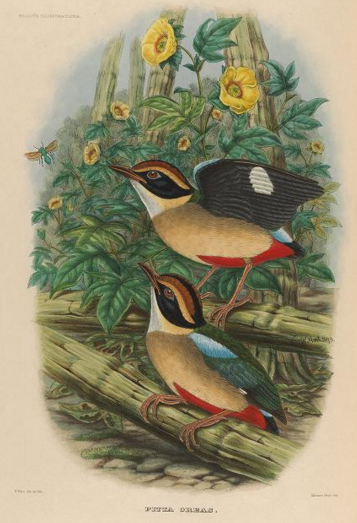 Frank Chapman, with the benefit of hindsight, would later allude a bit dismissively to Elliot’s abilities with the brush, but the pitta plates show him not entirely without talent as an illustrator. 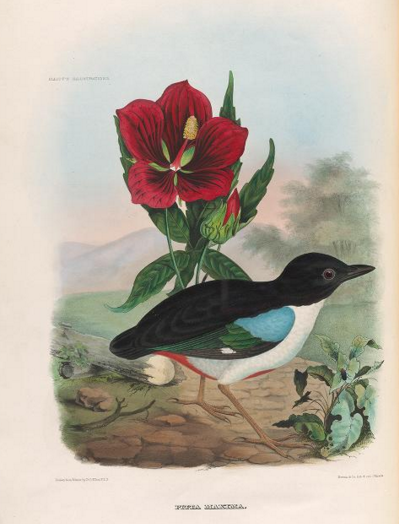 A century is not the long time I once thought it was, and it is both humbling and encouraging to think that Elliot began his career at a time when Baird, Cassin, and Lawrence were the bright lights of American ornithology — and that his own works, now dedicated to mammals rather than to birds, were still appearing in the same twentieth century when we were born.