It’s here, right on time, and birders around the world are scrutinizing every last densely printed word in this year’s supplement to the AOU Check-list. (That’s right: hyphen, small “l.”) There aren’t terribly many species-level splits or lumps this time, but there are some very significant changes at the higher levels of taxonomy, including some that will have many family listers spending the rest of the day on Travelocity.

Fully eighteen species are added to the North American list this time around, by the acceptance of new records or the taxonomic splitting of species already on the list. The “new” bird most likely to crest most birders’ horizons most immediately is the good old Egyptian goose, added here (following its addition to the ABA list last year) on the basis of established populations in Florida and California. Feral birds, park birds, and recent fugitives of this species can be seen anywhere in North America, though, and if the pattern seen in western Europe holds true, this clunky but oddly beautiful goose is poised to take over the continent.

There is tantalizing mention here of “a family-wide revision of English group names based on a complete phylogeny of the Trochilidae,” suggesting that sooner or later we may have to relinquish some of the evocative hummingbird names created by the French natural historians of the eighteenth and nineteenth centuries. For the moment, though, we get two hummingbird re-splits north of Panama. The former long-billed hermit now constitutes two species, the long-billed hermit (!) and the Mexican hermit, Phaethornis mexicanus. These two ill-named birds differ “in vocalizations, behavior, genetics, and morphology” — and now, like many of us, I’ve got to dig up my notes and figure out which I’ve seen.

The other hummingbird split will be of particular interest to birders in The Bahamas and — get this — Pennsylvania. The woodstar on the islands of Great and Little Inagua is once again considered distinct from the widespread Bahama woodstar, and named, sensibly, the Inagua woodstar, Calliphlox lyrura. All the US records are here suggested ex silentio to pertain to the Bahama woodstar in its new, strict sense.

It is worth pointing out that the citation the supplement gives for this woodstar’s original description is poorly formed; it should indicate that Gould published the name in the fourth volume of the fourth series of the Annals and Magazine, and that the name appears on pages 111-112. I expect that this will be corrected in the printed supplement.

In other trochilid news, the spelling of the steely-vented hummingbird‘s species epithet is corrected to saucerottei, with one “r,” which is how Nicolas Saucerotte and his family have always written it.

As if a Bahama woodstar weren’t enough, Pennsylvania birders also get to adjust their lists to take into account a seabird split. Pterodroma heraldica and Pterodroma arminjoniana are henceforth to be considered two species, the first known as the herald petrel in English, the second as the Trindade petrel. It is that latter tubenose that has occurred in the north Atlantic, and even inland in the eastern US, including, perhaps, Pennsylvania. Not only do we all need to learn how to spell “Trindade” now, but we’re going to have to come to a civil consensus about how to pronounce the island’s name.

Some of the big shifts this year are at the genus level. The lovely white-tailed hawk is no longer a Buteo but a Geranoaetus, a genus it shares with the variable hawk and, strikingly, with the black-chested buzzard-eagle. And in spite of their superficial similarity, the broad-winged hawk and the roadside hawk no longer nestle close to each other; the white-eyed southern bird is now in the genus Rupornis, where Kaup put it — naming Rupornis as a subgenus of his Asturina — more than 170 years ago. 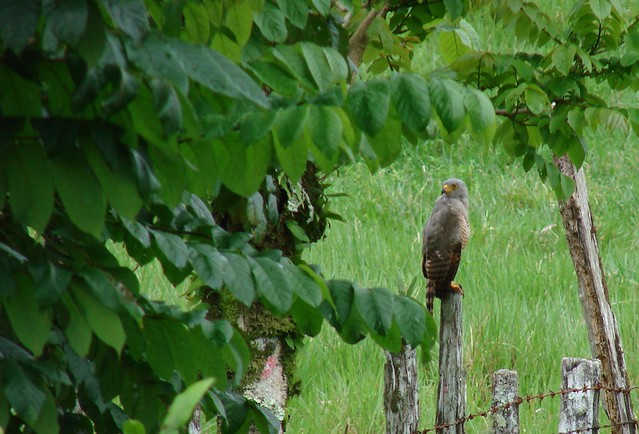 The sequence of the big, blunt-winged hawks has been altered, too. North of Mexico, it now goes Harris’s, gray, red-shouldered, broad-winged, short-tailed, Swainson’s, zone-tailed, red-tailed, rough-legged, and ferruginous. To the delight of the makers of field checklists everywhere…. 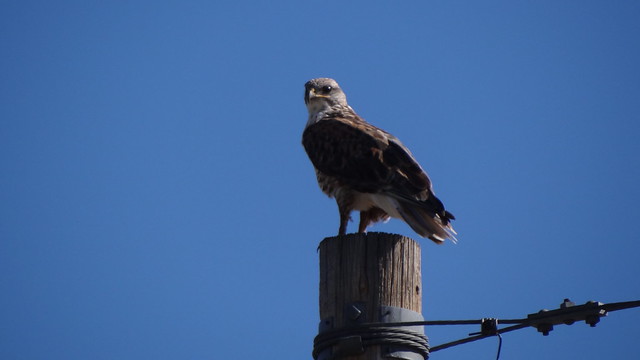 A re-arrangement of the Hawaiian honeycreepers adds several new genera to the Check-list. Vestiaria is lost, but Akialoa, Chlorodrepanis, and Viridonia are given full rank, making for a total of 20 genera in Drepaninae. Several new honeycreeper species are recognized — eight of them, alas, extinct or likely so.

Closer to home for most of us, the American tree sparrow has been moved to its own monotypic genus, the blandly named (and hard to pronounce, I think) Spizelloides. This is the third name the species has had in the Check-list, from Spizella monticola to Spizella arborea and now to Spizelloides arborea. I’m not especially happy with the new species name: I suppose that the epithet could be argued to fall under the exception in ICZN 30.1.4.4., but the AOU treats all other generic names in -oides as masculine, and it should this one, too.

[Fix, July 7: I should have spent more time reading Klicka et al. and less time snuffling around in Greek dictionaries and the ICZN. In their paper, the authors explicitly state that Spizelloides is grammatically feminine, fully satisfying the 30.1.4.4. exception.]

The family of this and the other American sparrows — still, at this writing, Emberizidae, but likely to change soon, I suspect — is suddenly a lot smaller on the appearance of the new supplement. A long list of erstwhile sparrowish birds, all of them tropical, have moved from that family over to the Thraupidae. Yes, grassquits, seedeaters, the Caribbean bullfinches, the orangequit, the St. Lucia black finch, the Cocos and slaty finches, the peg-billed finch, the flowerpiercers, the yellow-finches, and the grass-finches are all true tanagers. The bananaquit, always among the bounciest of taxonomic balls, has also joined the tanagers.

Meanwhile, half a dozen other genera once placed among the tanagers have now taken uncertain seats, pending their elevation — each of them — to family status. Among these aspirants are the stripe-headed tanagers of the genus Spindalis, one species of which — the western spindalis — makes it into Florida. Family listers not holding all of these taxa in escrow will be doing some traveling soon.

Many birders did travel to see two cranes over the past several years. Neither, however, makes it onto the main AOU list. Both the California demoiselle crane of 2001-2002 and the hooded crane (or cranes) that wandered the continent between 2010 and 2012 have gone into the appendix — not, mark well, because the committee considers them definitely escaped captives, but because we do not know the origins of these birds. In this, the AOU echoes the ABA’s list, which treats all of these records as “questionable” based on provenance. But we most certainly have not heard the end of this one, as a cogent article in this month’s Birding shows. 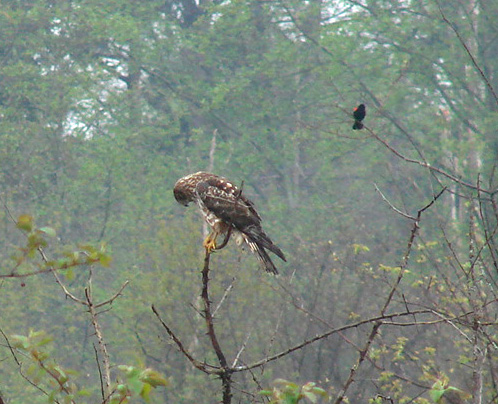 Birders being birders, it’s those “rejections” — to use a word the AOU committee carefully avoids — that are likely to draw the most attention and spur the most debate. The committee also declined to separate the harriers, leaving the northern harrier and the hen harrier still to be considered conspecific. There will be less of a brouhaha about the failure to split the painted buntings or the Le Conte’s thrashers (the name of the thrasher is misspelled in the supplement), largely, I suspect, because most birders didn’t even know such had been proposed. The northern cardinal split into six species seemed a bit extreme from the start, but I’m glad the proposal was made: I’m once again hearing birders in the American Southwest speak unself-consciously of the superb cardinal, a fitting name if ever there was one. 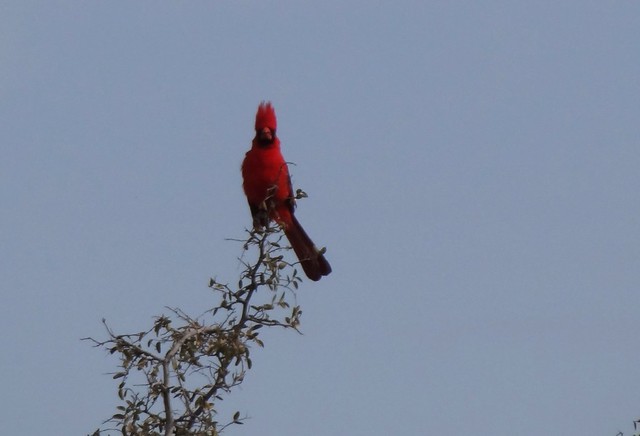 There’s a great deal more, as there is every year when the supplement appears. You can read the whole thing here. Enjoy it!