Who can keep track of the quarrels and tussles between England and France and Burgundy in the later Middle Ages? All those Louises and Henrys and Charleses and Philips have always run together for me, even back in the days when it was my job to help others keep that sort of thing straight.

One story from that tumultuous time (you didn’t think I’d get through this without saying “tumultuous,” did you?) has always shone bright in the distant mirror, though: the slaughter of the magpies in 1468. 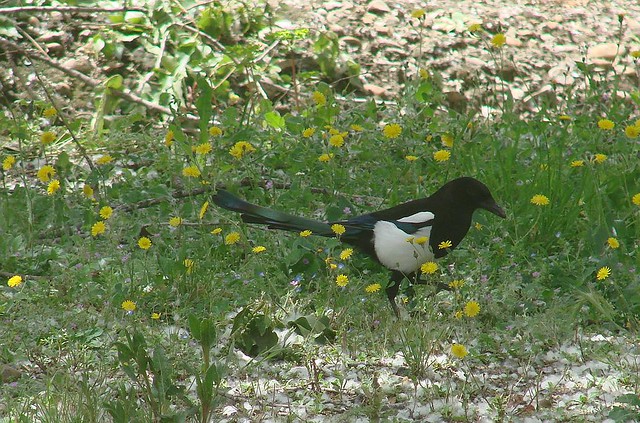 That was the year when Charles the Bold maneuvered Louis XI (known to his many friends as “The Universal Spider”) into turning over much of his territory in the Lowlands and abandoning his allies from Lüttich. The treaty sealing Louis’s humiliation was signed in the northern city of Péronne and ratified in October by the French parliament. According to the historian Louis Roy (no relation to the arachnid),

the inhabitants of Paris, given as they were to independent thinking and a constant spirit of mockery, taught their birds to whistle the word “Péronne.” The birds learned so well that once he had returned to his capital, the king could not walk the streets without hearing repeated on every side “Péronne,” the name of the city that brought back such unpleasant memories.

Louis did the only thing he logically could do: On November 19, 1468, a decree went forth confiscating “any magpie or jay able to speak the word Péronne or other such fine vocables.” Convicted of lèse-majesté, these “singular prisoners of the State” were — so says Louis Roy — summarily transported to Amboise, where they were massacred at the edge of the forest.

The shameful Treaty of Péronne was abrogated two years later. It was too late, though, for the magpies of Paris and their voluble kin.