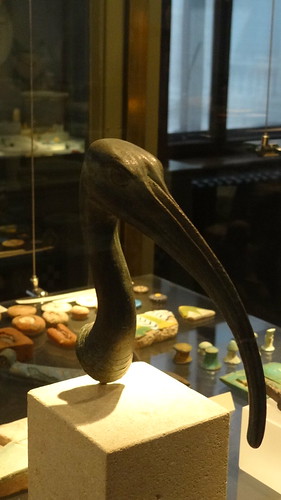 I miss the days when every paper, every journal, every mimeographed newsletter had a motto proclaiming its approach to the subject at hand. In long-lived periodicals, those catchy phrases drawn from classical authors — sometimes (the horror!) even copied out in the original languages — often served the purpose of reassuring readers of the publication’s philosophical or ideological consistency: authors and reporters may come and go, but the Tagesspiegel, for example, is still happily going to go on seeking the causas rerum.

And so I was surprised in leafing through old issues of the Ibis to discover that for many decades, that venerable ornithological journal went through mottos at exactly the same rate as it changed editors. Here’s a selection, from the beginnings to the end of the First World War:

Ibimus indomiti venerantes Ibida sacram, / Ibimus incolumes qua prior Ibis adest. “We shall go undaunted, worshiping the sacred ibis; we shall go safely where the ibis awaits.” Apparently an original composition, this pompous distich met with jocular criticism at the learned hand of Alexander Goodman More.

Ibidis interea tu quoque nomen habe! Ovid, “The Ibis”: “You meanwhile must bear the name of ibis.” Given the ferocity of that poem, it’s hard to believe that Alfred Newton was overly happy at having agreed to take over the journal.

Ibidis auspicio novus incipit Ibidis ordo! “Under the good auspices of the ibis, a new order begins for the Ibis.” That’s Osbert Salvin looking forward to the future.

Ibis avis robusta et multos vivit in annos. “The ibis is a sturdy bird and lives for many years.” Obviously from a natural history encyclopedia, but I can’t quite pin it down; I’d assumed it was Isidor, but it seems not to be. In any event, a nice sentiment for the journal.

Cognovi omnia volatilia coeli. Psalm 50: “I know all the things that fly under heaven.” A little on the far side of the blasphemy line, if you ask me.

Non moriar, sed vivam, et narrabo opera Domini. Psalm 117: “I shall not die, but live, and I shall tell of the works of the Lord.” Sclater writes that he “commenced the Editorship of the Seventh Series of ‘The Ibis’ with a light heart.”

Delectasti me, Domine, in operibus manuum tuarum. Psalm 92: “You have delighted me, Lord, with the works of your hands.”

He prayeth well, who loveth well / Both man and bird and beast. Coleridge, “Rime.” Ornithology was sadder and wiser in the year 1919, I suppose. 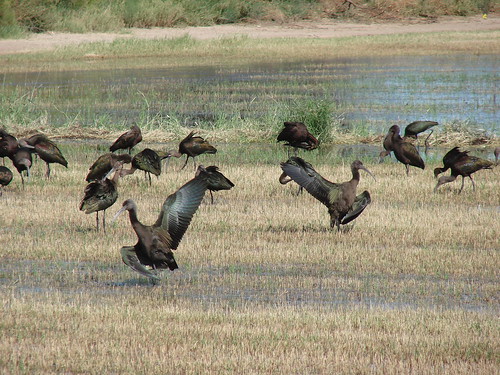