From the birder’s perspective, I’m betting that most of you, just like me, are relieved.

There wasn’t ever really any chance: In placing those still startling proposals before the Committee pro forma, Richard C. Banks quite sensibly “urge[d] a vote of NO.” So now we can all breathe a big sigh of relief and get back to studying up on Taverner’s Cackling Goose and Lesser Canada Goose in anticipation of the winter to come.

Before we do that, though, there is a lot of exciting news in the Committee’s Fifty-fourth Supplement, which has just appeared in the latest issue of the Auk. It’s not the easiest reading, but take a little time and work your way through it; if you’re a lister, your numbers may jump, and if, like the rest of us, you’re just interested in the way that our understanding of birds and their relationships evolves, you’ll find lots of fascinating details to ponder.

The most eye-catching changes, of course, are the additions to the United States and Canada list — no less than seven  of ’em this time around.

Two parrots have been added to the AOU list by introduction, the lovely little Rosy-faced Lovebird and the Nanday Parakeet. Largely following the ABA Checklist, the Committee considers the lovebirds of Phoenix established, as anyone who has ever visited Gilbert Water Ranch will agree; the parakeet is listed thanks to established populations in Florida, but the Committee finds the birds in California — which I think is the only place I’ve seen the species — not yet established. The lines are lighting up over at the ABA facebook page, I’m sure.

A startling Double-toothed Kite photographed in Texas in spring 2011 extends that lovely little raptor’s range into the US.

The Providence Petrel, once known as Solander’s Petrel, has been added on the strength of birds photographed off the Aleutians two falls ago; the new species account also notes possible individuals recorded from Washington and British Columbia in Septembers past.

Fea’s Petrel, a difficult gadfly from the Cape Verdes, has long been a hoped-for, even nearly expected, sight on North Carolina pelagic trips; it now takes its place on the list as a visitant from Nova Scotia to Florida, with a hurricane-borne bird having made it to the Virginia mainland. The smart money is on a further split from this species to come, the Desertas Petrel.

Two of this year’s newcomers come newly from Alaska: a Common Moorhen from Shemya in fall of 2010 (not, please, to be confused with the bird we once again are calling the Common Gallinule), and an equally amazing Asian Rosy-Finch from Adak. As the Committee did not lump the others as proposed, North America now has four species of Leucosticte on its list.

One of the most anxiously anticipated splits was that of the old Sage Sparrows. With the publication of the Supplement, we now, once again, have two species, the Sagebrush Sparrow Artemisiospiza nevadensis and the Bell’s Sparrow A. belli. The Committee notes that canescens, the subspecies of Bell’s Sparrow visually most similar to the Sagebrush Sparrow, may represent a third species; this is the population that moves in winter into western Arizona, where sage sparrow identification just got a lot more interesting. 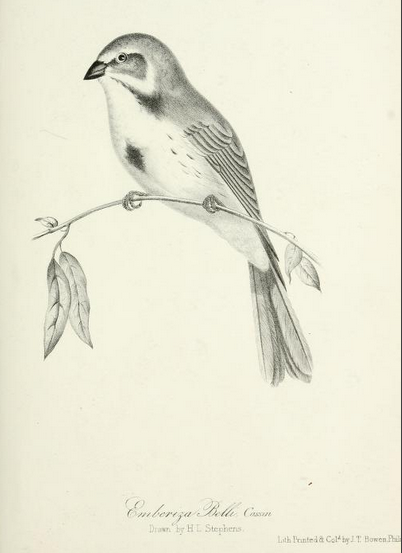 Not a species-level split, but probably more significant in what it tells us about the higher-level relationships of North American birds, results in the elevation to generic status of Coues’s Psiloscops (named for the bird’s naked toes) for the Flammulated Owl; that tiny baritone ghost of the pines had most recently shared the genus Otus with the scops owls.

The other splits announced here will be a bit more abstract to most of us North American birders. “Our” Little Shearwater, accidental off New England and the Maritimes, is now recognized as a separate species, the Barolo Shearwater. The House Wren of much of continental America no longer includes Troglodytes cobbi, which means that those lucky enough to have birded the Falkland Islands get a new bird.

In the American tropics, the Zeledon’s Antbird is split from the Immaculate Antbird, and the genus Schiffornis gets more species-rich with the splits of the Northern Schiffornis and the Russet-winged Schiffornis from South America’s Brown-winged Schiffornis. The Rufous-rumped Antwren, until now in the genus Terenura, is given a new genus Euchrepomis.

And as if the manakins weren’t hard enough to keep track of already, the venerable genus Pipra is determined to consist of “multiple independent lineages,” resulting in a split into Dixiphia (White-crowned Manakin) and Ceratopipra (Golden-headed and Red-capped Manakins). The linear sequence of the Check-list’s eleven manakin species is also updated.

Naturally, there are also lumps. Here in the north, the Surfbird, the Spoon-billed Sandpiper, the Broad-billed Sandpiper, the Buff-breasted Sandpiper, and the Ruff all lose the distinction of their monotypic genera and join the other brown sandpipers in the genus Calidris; the sequence of species in that newly enlarged genus is also changed, as are the relative positions of the families in the entire order Charadriiformes. I’ll miss some of those old sandpiper names, but not as much, I suspect, as will the editorial staff of a certain German periodical.

Farther south, the Green-crowned Woodnymph fannyi, etc., is now treated as a subspecies group of the Crowned Woodnymph. The Green Manakin, formerly known as Chloropipo, is now merged into the genus Xenopipo.

The largest of the wholesale lumps is the dissolution of the subfamily Drepanidinae; the Hawaiian honeycreepers now occupy a position in the subfamily Carduelinae immediately after the Eurasian Bullfinch and before the “purple” finches — and those last, by the way, are now placed in the sequence House, Purple, and Cassin’s Finch. It can be confusing when you’re a bird towards the end of the Check-list.

Most of the remaining changes effected in this Supplement are housekeeping matters of nomenclatural propriety and orthography. Priority forces the alteration of the species name of the Common Bush-Tanager to flavopectus. The former genus of the Bare-legged Owl is replaced for similar reasons by the clunky Margarobyas; the subgenus of the American Woodcock is changed back to Nuttall’s Microptera.

Fans of the silky-flycatchers will have to relearn the spelling of that family’s scientific name; “corrected” once to Ptilogonatidae, it has now been corrected back to Ptiliogonatidae, adding yet another small challenge for those us who can’t spell “Phainopepla” anyway. The bibliographic side of the Check-list may seem tedious to some readers, but it’s nice to see some historical justice done to scientists whose contributions have been underappreciated over the years. Emmanuel Le Maout gets full credit now for the Black Vulture‘s genus name Coragyps, and the name of Stephen Harriman Long, military commander of the Rocky Mountain Expedition of 1819-1820, is replaced in the citations for nine species by that of Edwin James, who actually edited the Account of the Expedition in which Thomas Say described those birds, ranging from the Dusky Grouse to the Orange-crowned Warbler. 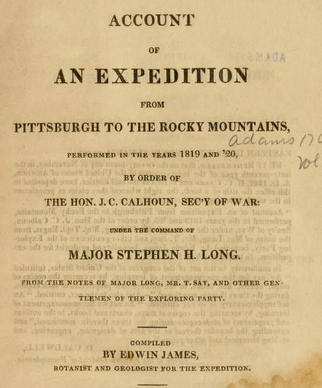 It’s a lot for the non-scientific reader like me to take in, as it is every year at this time, and each succeeding Supplement increases my admiration for the members of the Committee, whose learning and labor give the rest of us so much to think about and so much to learn. I hope that if you’ve never delved into the Supplement before, my quick précis encourages you to read this Fifty-fourth, and that even if you’re an old hand and eye at such things, you’ll find it useful in identifying those sections you want to examine first.